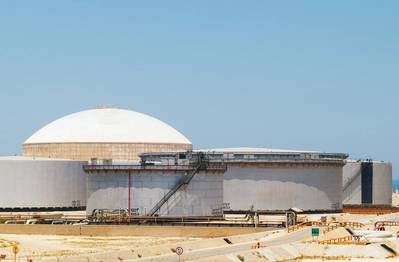 The call comes days after the U.S. president criticized OPEC for high oil prices and called again on the exporting group to boost crude output to cool the market ahead of midterm elections in November for U.S. Congress members.

Speaking at the United Nations General Assembly in New York last week, Trump said OPEC members were "as usual ripping off the rest of the world”.

"We defend many of these nations for nothing, and then they take advantage of us by giving us high oil prices. Not good. We want them to stop raising prices, we want them to start lowering prices."

The White House said in a statement that the two leaders had a call "on issues of regional concern", without giving further details.

Oil prices rose more than 1 percent on Friday, with Brent climbing to a four-year high, as U.S. sanctions on Tehran squeezed Iranian crude exports, tightening supply even as other key exporters increased production.

Saudi Arabia is expected to add oil to the market to offset the drop in Iranian production. Two sources familiar with OPEC policy told Reuters that Saudi Arabia and other OPEC and non-OPEC producers had discussed a possible production increase of about 500,000 barrels per day (bpd).

But OPEC and other major oil producers have so far ruled out any immediate official increase in output. The move effectively rebuffed Trump's calls on oil producers to take action.

(Reporting by Ali Abdelaty in Cairo; Writing by Rania El Gamal in Dubai Editing by Alexandra Hudson and Richard Borsuk)