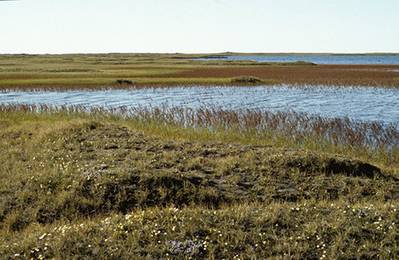 The Trump administration this week will begin the environmental review process for oil and gas drilling on a section of the Arctic National Wildlife Refuge, a region in northern Alaska rich in crude but prized by conservationists.

In a notice from the U.S. Department of the Interior seen by Reuters, which the agency will post on Friday, it says it will hold meetings in five Alaskan towns where the public can speak about drilling in the refuge. It is the first step in the review process, which will consider proposed seismic testing and exploration plans.

The tax bill passed by the Republican-led Congress late last year allowed the Interior Department to hold two lease sales in part of the 1.5-million-acre (600,000-hectare). In 1980, when Congress created the refuge, it designated the "1002 area" as a part on the refuge's coastal plain where drilling could occur in the future. The first lease sale could occur next year if there are no delays.

Alaskan lawmakers have been fighting for decades to open the refuge. Republican Senator Lisa Murkowski said in a joint statement with Alaska's other lawmakers that the drilling would "help ensure the energy and economic security of our nation."

Conservationists have vowed to fight the opening of the reserve in court. They are concerned that drilling would harm sensitive populations of migrating birds as well as caribou herds on which Gwich'in native people depend.

Nobody knows how much oil the refuge contains, but the U.S. Geological Survey estimated in 1998 that the 1002 area held about 10.4 billion barrels of recoverable crude.

And it is uncertain how much interest there is from oil companies to drill in the remote region. In December, a lease sale received only seven bids, on less than 1 percent of the 10.3 million acres offered in the National Petroleum Reserve, which is less than 150 miles (240 km) from the refuge. ConocoPhillips Alaska Inc, in partnership with Anadarko Petroleum Corp submitted the seven bids.

Still, analysts at British bank Barclays (BCS) have said if surveys show promising deposits, the refuge could attract oil producers that drill in frontier regions in Latin America and the Middle East.

The public meetings will be held in Anchorage, Arctic Village, Fairbanks, Kaktovik and Utqiaġvik, the dates for which will be announced later. The Interior Department said in the notice more meetings could be held if there is strong community interest.