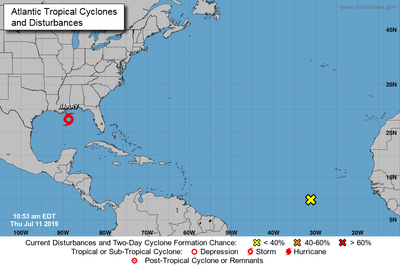 Barry, the second named storm of the 2019 Atlantic hurricane season, was located about 95 miles (150 kilometers) south-southeast of the mouth of the Mississippi River at about 11 a.m. EDT with maximum sustained winds of 40 miles (65 km) per hour, the Miami-based weather forecaster said.