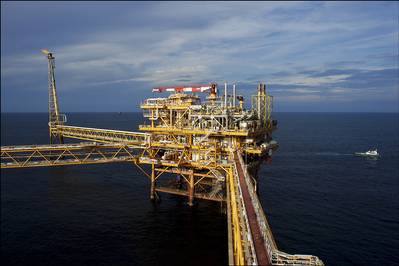 Total trimmed its 2020 investment target on Friday after a sharp drop in third-quarter net profit, though the French oil and gas producer maintained its dividend.

The company cut its investment target to $13 billion from $14 billion and said it was keeping a lid on operating costs too, even as it strives to grow in renewable energy and electricity markets.

Energy companies were hit hard by COVID-19 lockdowns and the related collapse in fuel demand.

The price of Brent crude has largely stayed above $40 a barrel since June, though Total on Friday said the market remained uncertain.

France entered its second government-enforced lockdown on Friday in a bid to fight a resurgence of COVID-19 infections that is rattling nations across Europe.

Total reported net income of $202 million, down 93% from a year earlier, but rebounding from a loss in the second quarter when it wrote down the value of assets. Adjusted net income fell 72% to $848 million, beating analysts' average forecast of $572 million, according to Refinitiv data.

Redburn analysts said Total had performed better than expected in activities such as liquefied natural gas, and that its discipline on spending was a positive.

While rivals such as Shell, BP and Eni cut their dividends earlier this year, Total has stuck with its payouts throughout the crisis and said it would maintain a dividend of 0.66 euros per share for the third quarter.

Total trimmed its oil and gas output forecast for the year to under 2.9 million barrels of oil equivalent per day (mboepd), from a previous 2.9-2.95 mboepd estimate.

Total, like many European rivals, is trying to become a major low-carbon power producer, and hiking its budget in renewable energy and electricity even as it cuts elsewhere.

It said its gross renewable installed capacity had reached 5.1 gigawatts (GW) at the end of the third quarter - a 85% jump from a year earlier - including after buying solar power assets in Spain.