Total subsidiaries have won tenders for 15 French solar power projects and 5 tenders for small-scale hydro power generation units which will add around 112 megawatts of capacity to its portfolio, the energy producer said on Wednesday.

The solar power projects will produce around 120 gigawatt hours (GWh) of electricity annually, meeting the requirements of around 45,000 households, Total said.

Total is expanding power generation capacity after its $1.7 billion acquisition of alternative electricity provider Direct Energie as it makes a play for the French power market dominated by former state monopoly EDF.

In July, it acquired two gas-fired power plants as part of plans to have a global electricity generation capacity of 10 gigawatts by 2023. 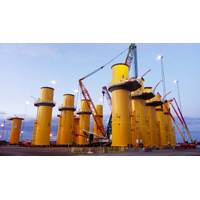