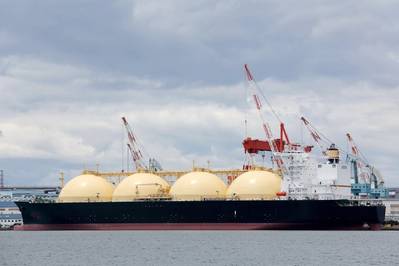 The world's biggest liquefied natural gas (LNGLF) (LNG) buyers are clubbing together to secure more flexible supply contracts in a move that further shifts power to buyers rather than producers.

Korea Gas Corp (KOGAS) said on Thursday it had signed a memorandum of understanding in mid-March with Japan's JERA and China National Offshore Oil Corp (CNOOC) to exchange information and "cooperate in the joint procurement of LNG."
Japan, China and South Korea are the world's biggest LNG importers, accounting for about 55 percent of global purchases, according to data from energy consultancy Wood Mackenzie.
The countries' biggest respective buyers are joining together to extract concessions from producers that would give them supply flexibility such as having the right to re-sell imports to third parties, something they are not allowed to do under so-called destination restrictions.
"We have created a platform to share, discuss and solve our common issues such as traditional LNG business practices, including destination restrictions," JERA spokesman Atsuo Sawaki said.
The unusual alliance of three buyers across three countries will pressure exporters like Qatar, Australia and Malaysia, who prefer to have clients locked into decades-long fixed supply contracts that oblige buyers to take fixed amounts of monthly volumes irrespective of demand, with no right to re-sell unneeded supplies to other end-users.
Big Change
The LNG market is in the midst of huge changes as the biggest ever flood of new supplies is hitting the market, with volumes coming mainly from Australia and the United States.
New production has resulted in global installed capacity of over 300 million tonnes a year, while only around 268 million tonnes of LNG were traded in 2016, according to Thomson Reuters data in Eikon.
That has helped pull down Asian spot LNG prices by more than 70 percent from their 2014 peaks to $5.65 per million British thermal units (mmBtu).
It has also given importers more suppliers to choose from, putting pressure on major producers like Royal Dutch Shell (RYDAF) , Chevron (CVX), ExxonMobil and Woodside Petroleum (WOPEF) to grant more flexible contract terms.
Lee Seung-hoon, KOGAS chief executive officer, said in a recent interview with Reuters that his company was looking for flexible LNG contracts.
Jera's Co-President Yuji Kakimi made similar statements in an interview earlier this month.
"Through this MOU deal, Korean, Chinese and Japanese LNG buyers are expected to play an active role in the LNG market," Lee said in the statement announcing the agreement.
KOGAS is the world's No.2 LNG buyer behind Jera, which is a joint venture between Chubu Electric Power and Tokyo Electric Power.
"Flexibility is becoming critical for LNG buyers ... as the rise of solar capacity is going to make consumption of LNG more seasonal," said Kerry Anne Shanks, head of LNG research for Asia/Pacific at Wood Mackenzie. 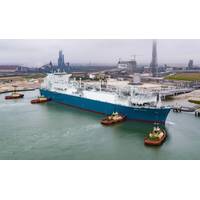