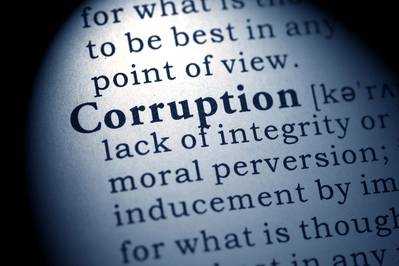 Switzerland's top court has allowed Geneva prosecutors to share with Italy material they seized more than three years ago that could shed light on a case involving oil majors Eni and Royal Dutch Shell (RYDAF) and corrupt payments in Nigeria.

In a ruling announced on Monday, the Federal Tribunal rejected Nigerian defendant Emeka Obi's appeal to prevent photocopies of items and computer files from his confiscated suitcase from being sent to Italian crimefighters.

The Swiss court said the case did not fall within the narrow scope of permissible appeals to the Lausanne-based tribunal.

Geneva prosecutors have been reviewing material in the suitcase to decide what can be shared with Italian authorities.

The Federal Tribunal had already rejected last year an appeal by Obi to prevent his suitcase from being unsealed.

In that ruling, the court said the confiscated material - including documents, an external hard drive, British and African passports, and USB keys - could have "potential pertinence" in the criminal investigation and the sealing could be lifted without violating Swiss law.

Obi, through his lawyers, has denied any wrongdoing.

"Our client has maintained his innocence in regards to the various allegations made by the Milan prosecutors and is confident that the final evaluation of the contents of his bag will confirm this," they had said last year.

An Italian judge said last year that Eni and Shell were aware their 2011 purchase of a Nigerian oilfield would result in corrupt payments to Nigerian politicians and officials.

Eni and Shell have denied any wrongdoing.

The two companies bought the OPL 245 offshore field for about $1.3 billion in a deal that spawned one of the industry's largest corruption scandals. It is alleged that about $1.1 billion of the total was siphoned to agents and middlemen.

The Milan judge made the comment in her written reasons for the September conviction of Obi and Italian Gianluca Di Nardo, both middlemen in the OPL 245 deal, for corruption. The pair were jailed for four years.

Obi and Di Nardo have been tried separately from Eni and Shell, which also face corruption allegations over the same deal in a hearing that is expected to drag on for months.

Obi brought the Swiss case to keep the contents of the suitcase - seized in Geneva in April 2016 in an inquiry unrelated to the corruption case - from being shared with foreign authorities.

Its confiscation led Geneva prosecutors to open a criminal case for suspected corruption of foreign officials and money-laundering. Days later Italian authorities requested judicial assistance, arguing that the suitcase and its contents had been deliberately stashed in Geneva.