Norway's Statoil (STO) will ramp up its search for oil and gas deposits on the Norwegian continental shelf next year, the company said on Friday.
Oil companies are stepping up efforts to find more oil and gas offshore after cutting exploration budgets following the oil price drop since 2014, meaning more work for owners of drilling rigs, such as Transocean (RIG) or Seadrill (SDRL).
Majority-state owned Statoil is emerging from the downturn as one of the most active offshore explorers.
"We are looking at drilling 25 to 30 wells in Norway in 2018. That's an early ambition we have and it depends on some approvals," Statoil's spokesman said.
The number includes both Statoil and partner-operated wells, and compares with 16 to 18 exploration wells the company planned to drill off Norway in 2017.
Statoil has previously said it planned to drill five wells in the Barents Sea in 2018, which is estimated to hold the most undiscovered resources offshore Norway.
This year, the company planned to drill about 30 exploration wells globally at a total budget of $1.3 billion.
Statoil declined to give a total number planned for 2018, as some were still in the planning stage.

In 2016, Statoil drilled a total of 23 exploration wells as operator and partner, including 14 offshore Norway. 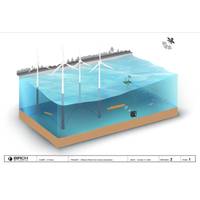