Statoil to Rebrand as Equinor 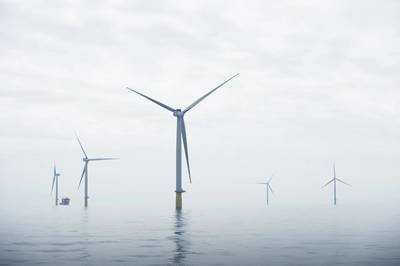 Rebranding would cost up to $32.5 mln but firm plans to ramp up renewables investment.
Norway's Statoil (STO) plans to change its name to Equinor, reflecting its commitment to become a broad energy company rather than one focused only on oil, it said on Thursday.
In a video posted on social media, Statoil presented the switch as a way to show its determination to develop investments in renewable energy.
Reactions by various social media users were mixed.
"Equinor sounds like a princess on a horse in Game of Thrones," one Twitter (TWTR) user said. "Equi" is the genitive singular in Latin for "horse".
Others liked the change. "Congratulations on an exciting name change. The green shift is happening faster and faster. Norway must be a part of it. Good luck with the process," tweeted Norwegian Culture Minister Trine Skei Grande.
Equinor is a combination of "equi", the starting point for words like equal, equality and equilibrium, and "nor" for Norway, the company said.
"Reflecting on the global energy transition and how we are developing as a broad energy company, it has become natural to change our name," Statoil CEO Eldar Saetre said in a statement.
Rebranding would cost up to 250 million Norwegian crowns ($32.5 million), he later told a news conference.
Statoil, which is headquartered in the port city and oil industry hub of Stavanger, has come to symbolise Norway's rise in the past half-century to one of the world's richest nations.
Local newspaper Stavanger Aftenblad ran a straw poll asking readers whether they liked the name change, with 4,730 people saying "no" and 809 saying "yes".
The proposal will be put to the annual general meeting on May 15, but Statoil said it already had the backing of the Norwegian state, which has a 67 percent stake in the company.
"The decision reflects that Statoil is developing itself into a broad energy company in line with global developments in the energy sector," Oil and Energy Minister Terje Soeviknes told Reuters.
Statoil said it expects to invest 15-20 percent of capital spending by 2030 in what it calls new energy solutions, up from about 5 percent last year.
Saetre declined to say how much Statoil was planning to spend on renewables in 2018, but the company has said previously that spending for renewable and low-carbon solutions are expected to total $500 million to $750 million from 2017 to 2020 and $750 million to $1.5 billion for the 2020-2025 period.

Statoil developed the world's first floating offshore wind park off Scotland and is looking to install others off countries including the United States and Japan.

By Joachim Dagenborg and Nerijus Adomaitis