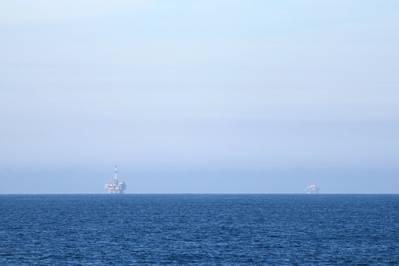 The Trump administration's plan to broadly expand drilling in U.S. offshore waters is moving slowly due to opposition from coastal states and indifference from oil companies that have turned their focus to other opportunities.

The administration hopes encouraging U.S. energy development outside of shale oilfields will further its goal of "energy dominance." But existing Obama administration lease rules remain in place through 2022 unless the new rules gain approval.
The Department of the Interior this year proposed opening vast new acreage in the U.S. outer continental shelf to drilling. The comment period wrapped up March 9. Still, Secretary Ryan Zinke said last week he remained deep in discussions with state governors, some of whom have thrown up roadblocks that would impede or bar drilling off their coasts.
A new outer continental shelf lease program proposes 47 lease sales, including areas that had not been offered since 1983. At least 12 states have sought exemptions, and Zinke has agreed to exclude areas off Florida.
"On the five-year plan we made everything available to look at," Zinke told Reuters at the CERAWeek energy conference in Houston. Governors from across the West Coast and much of the East Coast are meeting with the Interior and objecting to areas off their states for drilling. State discussions could last through year end.
So far, officials in Alaska, Maine, Georgia and U.S Gulf Coast states other than Florida have said they were open to expanding drilling. California and other states have said they would deny needed permits for onshore services or transport.
"You can't bring energy ashore unless you have access to state waters," Zinke said.
While oil companies say they have met with Interior officials on Gulf of Mexico access to new regions, Zinke said they must go through the official comment process.
"They know my position: we put everything on and will go line by line," he said.
While Washington continues to discuss the opening with states, oil companies are turning to well-mapped basins in the deepwater Gulf of Mexico and other nations were deepwater drilling or auctions are ongoing, like Brazil, Mexico and Guyana.
"We are constantly scouring the planet to really understand resource potential," said Steve Pastor, BHP Billiton (BHPLF)'s president of petroleum operations. The Gulf of Mexico has some of the best discovered potential, he said.
BHP has previously explored acreage in the Eastern Gulf of Mexico, at its Sake project, in a formation off the coast of Alabama.
Proposed new lease areas along the U.S. Atlantic coast would require seismic mapping and development of infrastructure that would take time. "I can't put a fine point on whether we would pursue it," Pastor said.
Chevron Corp, which disclosed a large Gulf of Mexico oil discovery in existing lease areas earlier this year, said new areas will have to stack up against existing projects.
They "will have to compete with the other drilling we have in the world," said Robert Ryan, Chevron's vice president of global exploration. "We just don't know, most of those areas haven't been evaluated yet."
Royal Dutch Shell, which is active in federal waters in the Gulf of Mexico, said it was encouraged by the additional Gulf acreage that is opening under existing lease sales. Costs, including a recent 25 percent tariff on imported steel, would be an issue.
"We know what we like here," said Wael Sawan, Shell's executive vice president of deepwater. "We're encouraged by some of the elements but then some things like steel tariffs raise a question mark," he said.