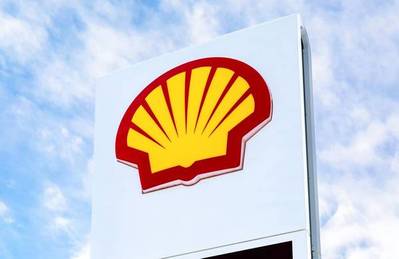 Royal Dutch Shell said on Tuesday it would write off assets worth up to $22 billion after the coronavirus crisis knocked oil and gas demand and weakened the energy price outlook.

The impairments follow the Anglo-Dutch company's decision to shift from fossil fuel and reduce its greenhouse gas emissions to net zero by 2050, as laid out by CEO Ben van Beurden in April.

Global travel restrictions to prevent the virus spreading affected more than 4 billion people at one point, taking cars off the roads and grounding planes, driving down fuel demand.

Shell, the world's largest fuel retailer, said it expected a 40% drop in sales in the second quarter from a year earlier to about 4 million barrels per day (bpd), although that is more than its earlier prediction of a drop to 3.5 million bpd.

Shell, which has a market value of $126.5 billion, said it would take an aggregate post-tax impairment charge of $15 billion to $22 billion in the second quarter.

The impairments relate to large liquefied natural gas (LNG)operations in Australia, including the Prelude floating LNG facility, the world's biggest, as well as oil and gas production assets in Brazil and the U.S. shale basins.

Credit Suisse analyst Thomas Adolff said the second quarter would be the toughest for many companies and Shell had sent a "wake up call".

Shell's move follows BP's decision to cut up to $17.5 billion from its assets, as it responds to the coronavirus crisis and shifts to low-carbon energy.

Shell responded to the pandemic by cutting its dividend for the first time since World War II and lowering spending in 2020 to a maximum of $20 billion from $25 billion. It aims to announce its restructuring plan by the end of 2020.

Shell said its long-term oil price outlook was $60. That is just below BP, which cut its long-term Brent forecast to $55 from $70. Other rivals still have higher projections.

The impairments will raise Shell's debt-to-equity ratio, or gearing, by 3%. Gearing stood at 28.9% at the end of March.