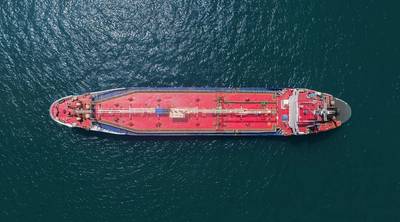 Royal Dutch Shell is in discussions to charter at least three supertankers to store around 6 million barrels of crude oil at sea, shipping sources said on Wednesday.

Shell has provisionally booked the vessels, known as very large crude carriers (VLCCs), for storage options for at least three months, the sources said, adding that the fixtures were still to be concluded.

If fully fixed, these would be the first tankers to be used for floating storage after the recent fall in oil prices.

The shipping sources said at least one of the vessels had an option to store oil in the United States.

A glut of crude oil in global spot markets is forcing the price of oil for immediate delivery below forward futures costs, known as a contango structure, making it potentially profitable to buy oil, store it offshore onboard vessels and sell it later at higher prices.

Brent crude futures for nearby delivery are trading at their biggest discount to the November contract in over four years, according to Refinitiv data.