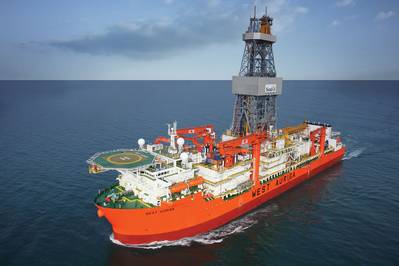 Oslo-listed rig firm Seadrill (SDRL) named a new chief executive from within its own ranks on Wednesday and said its talks to restructure $14 billion of debt and liabilities had reached an advanced stage.
Once the world's most valuable rig firm, Seadrill's business was hard hit when oil companies sharply cut investments and exploration in the wake of a 2014 crash in oil prices.
Anton Dibowitz, current chief commercial officer, will take the top job from July 1, succeeding Per Wullf who will remain a board director, the company said. Dibowitz, a U.S. citizen, joined the company 10 years ago.
Seadrill, once the crown jewel in billionaire shipping tycoon John Fredriksen's empire, is now in "advanced discussions" with lenders and investors on how to restructure its debt ahead of a July 31 deadline, it added.
"Reading between the lines, it looks like most of the work could be completed in the course of June," ABG Sundal Collier analyst Lukas Daul said.
"The fact that they'll get a new chief executive from July 1 suggests they could hand him a restructured company," he added.
Fredriksen, who holds 24 percent of Seadrill's shares, is also a significant investor in the company's bonds and could emerge as an even bigger owner following a conversion of debt to equity, Daul said.
The company reported first-quarter earnings before interest, taxes, depreciation and amortisation (EBITDA) of $291 million, beating analysts' expectations for $271 million but down from $528 million a year ago.
In April, Seadrill warned its shares would lose almost all of their value and its bonds would be hit as it was preparing for potential bankruptcy proceedings.
It repeated the warning on Wednesday, while adding the focus was on securing the company's future.
"We are confident that this succession plan provides Seadrill with the right combination of continuity and stability as the company works to complete its financial restructuring," Chairman Fredriksen said.
Seadrill's aim is to build "a bridge to a recovery and achieving a sustainable capital structure," he added.
By the end of 2016, the number of employees at Seadrill was cut to 4,780 people from almost 8,000 in 2013, data from the company showed.
The firm's shares traded 17 percent higher for the day at 5.5 Norwegian crowns by 0818 GMT, but are still down 98 percent from their 2013 peak.