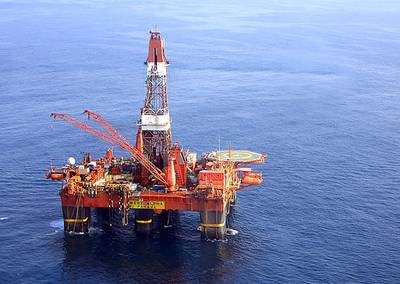 Seadrill's core earnings for the fourth quarter exceeded the company's own guidance, boosted by lower costs and one-off items, while the market outlook for drilling rigs was improving, the Oslo and New York-listed firm said on Tuesday.

The company, controlled by Norwegian-born billionaire John Fredriksen, reported $73 million in quarterly adjusted earnings before interest, tax, depreciation and amortization (EBITDA), more than double the $35 million forecast it made in November.

However, adjusted EBITDA is expected to ease to around $60 million in the first quarter, the company added.

"We expect more activity in 2019 to lead to a tighter supply demand balance and improved pricing in 2020 as the recovery progresses," he added.

The company, which owns 35 drilling rigs, added $89 million in new orders during the fourth-quarter, but its order backlog remained broadly unchanged from the third quarter at $2 billion.