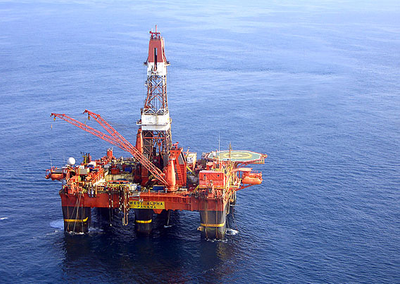 Seadrill's main owner, billionaire John Fredriksen, is close to a deal with unsecured bondholders and South Korean shipyards on a restructuring plan for the rig operator, sources familiar with the talks said on Thursday.
The Norwegian company, which last year filed for bankruptcy protection in a U.S. court, has been working with creditors since last month on a restructuring plan to bring in more than $1 billion in fresh funding, allow it to maintain its fleet of rigs and pay creditors and staff.
"The deal hasn't been signed yet, but I'm very hopeful... Seadrill (SDRL) has been really pushing for the last 10 days to get the deal," one of the sources, a bondholder who did not wish to be identified, said.
Seadrill was not immediately available to comment.
The breakthrough in the talks came after Seadrill agreed on claims from Daewoo Shipbuilding & Marine Engineering (DSME) and Samsung Heavy Industries (010140.KS) under Seadrill-guaranteed newbuild contracts for four drillships, the two sources familiar with the matter said.
The South Korean companies had previously claimed a total of $1.7 billion in contingent liabilities.
A lawyer for Samsung declined to comment, while lawyers for Daewoo could not be reached.
Once the world's largest drilling rig operator by market value, Seadrill filed for bankruptcy protection in Texas on Sept. 12 after being hit hard by cutbacks in investment in the oil industry following a steep drop in crude prices.
Under the deal being negotiated, bondholders, represented by New York law firm Stroock & Stroock & Lavan LLP and Rothschild, will get a bigger stake in the restructured company than a previously offered 14.3 percent after dilution, both sources said, but did not give a figure.
Unsecured claim holders would be offered rights to invest more than $250 million in new secured notes and equity, up from the original proposal of $110 million, they said.
"This is a much better deal than was initially offered... We are very happy with the company's efforts to have a pragmatic discussion with bondholders," the bondholder said.
Seadrill, whose clients include Petrobras, ExxonMobil, Total and Statoil (STO), has more than 30 drilling rigs.
The company said last Friday that it would update the Texas court on Feb. 16 on ongoing talks with a group of unsecured bondholders and Barclays bank, who submitted rival proposals to the original restructuring plan proposed last September, which was backed by Fredriksen, Centerbridge Partners and a group of hedge funds.
One of the two sources said the parties were just left to agree on how to raise a final $19 million of the billion dollars of new capital.
Bondholders and other general unsecured claim holders would get a better deal at the expense of Hemen - Fredriksen's investment vehicle and Seadrill's main shareholder - and some parties behind the original plan, but Fredriksen will remain principal stakeholder, one of the sources said.
Hemen had around a 24 percent stake before Seadrill filed for creditor protection.
The deal has to be approved by Seadrill's more than 40 bank lenders, who hold about $5.7 billion in secured debt.
The banks agreed to extend maturities for about five years provided that Seadrill raises about a billion dollars in new capital, Seadrill said in September.
Seadrill expects to hold the plan's confirmation hearing on March 26, and to exit bankruptcy in August, it said in September.
By Nerijus Adomaitis and Tom Hals, Additional reporting by Tracy Rucinski in Chicago and Chris Spink in London
Email