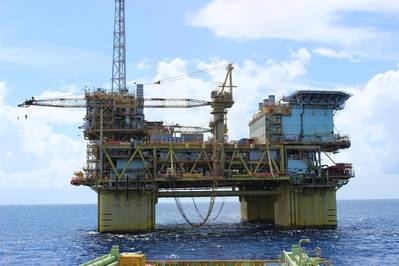 Malaysia's state of Sarawak filed a writ summons and statement of claim against national energy firm Petroliam Nasional Bhd on Thursday to recover taxes owed, according to media reports.

National news agency Bernama reported that the company, better known as Petronas, was said to be the only oil and gas company operating in the state that had not paid the 5% state sales tax imposed at the start of this year.

"As a result, the state government is left with no choice but to commence legal action for the recovery of the unpaid taxes due," Sharifah said in a statement reported by Bernama.

The statement did not mention the amount the state was seeking from Petronas, according to the Bernama report.

Petronas, which manages Malaysia's oil and gas reserves, did not immediately respond to questions from Reuters.

Reuters reported last month that Sarawak would drop a demand for a quadrupling of the royalties paid by energy giant Petronas, but was pushing for production-sharing and other agreements.

Prime Minister Mahathir Mohamad had said that his ruling coalition's election manifesto pledge of increasing royalties to the states to 20% was not workable and could "kill" Petronas, the world's third largest exporter of liquefied natural gas and Malaysia's biggest cash earner. Raising the royalty payments could have crippled its expansion program.

(Reporting by Liz Lee; Additional reporting by A. Ananthalakshmi; Editing by Alex Richardson)