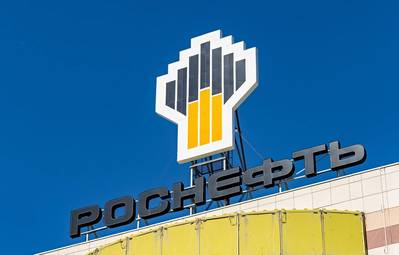 U.S. sanctions on Russian Rosneft's trading arm will disrupt a slice of global crude flows and may prompt refineries in Europe, India and the United States to shift purchases to other crude suppliers, traders said.

The United States on Tuesday redoubled efforts to oust Venezuelan President Nicolas Maduro by barring U.S. dealings with Rosneft Trading S.A., a subsidiary of Russia's state oil major Rosneft, which Washington said provides him a financial lifeline. Russia has called the sanctions illegal and said it plans to consider options in reaction.

The ban will likely hit some U.S. direct purchases of Urals, typically a medium sour blend, from Rosneft Trading and could make it more difficult for refiners in Asia and Europe to buy from the firm. Washington advised non-U.S. firms to seek guidance should they be unable to wind down dealings with the trading firm within 90 days.

European refiners could look to source replacement crudes from West Africa, Brazil and the U.S. Gulf Coast, if Urals become expensive, traders said. Urals is the most common export grade from Russia and a benchmark for medium sour crudes in Europe. It could create new demand or support prices for alternatives such as Colombia's Vasconia and Castilla and Basrah heavy, they said.

Phillips 66 has been one of the biggest buyers of Urals on the Gulf Coast from suppliers including Rosneft Oil, according to U.S. Customs data on Refinitiv Eikon. Companies that have imported Urals from Rosneft Trading in recent years included PBF Energy (PBF) and Swiss trader Trafigura .

Phillips 66's imports through the U.S. Gulf Coast and some Italian refiners in Trieste are likely to be affected, one market source said.

Phillips 66 and PBF Energy spokespeople declined to comment. A spokeswoman for Trafigura said it would comply with the sanctions.

U.S. crude flows to Europe are set to increase as demand from Asia has plummeted due to the coronavirus outbreak, sources said.

In India, refiner Reliance Industries said it was assessing the impact of the sanction. Nayara Energy, part-owned by Rosneft, said it complies with all relevant and applicable U.S. sanctions.

The sanctions do not target other Russian traders including Litasco, an arm of Lukoil. But past sanctions have tended to prompt some companies to do more than required. Traders on Wednesday said Rosneft's oil sales, excluding the trading arm, were not affected.

Rosneft Trading acts as a counterparty on behalf of Rosneft in some global deals and plays a role in an informal oil trading alliance Rosneft has with Trafigura, traders said. It is unclear what impact the sanctions will have on that alliance.