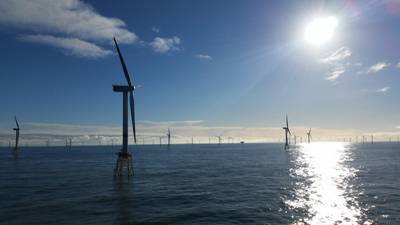 Contracts worth more than 500 million euros ($539 million) have been signed for all major components of the Kaskasi project, 35 miles (56km) north of the German island Heligoland, Innogy, whose renewables business is part of RWE, said.

"Our investment in this project underlines our ambitions to further grow in offshore wind in Europe and around the globe," said Christoph Radke, chief operating officer in charge of renewables at Innogy.

Turbines will come from Siemens Gamesa, while Denmark's Bladt Industries will build the monopiles, it said. Seaway 7, a unit of oil services firm Subsea 7, will install the foundations.