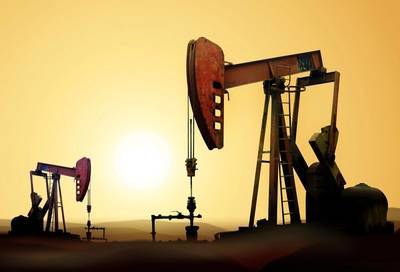 U.S. net petroleum imports have fallen to the lowest level in more than half a century as a result of the shale revolution, which is profoundly changing the impact higher oil prices have on the economy.

Since the 1860s, the United States has been the world’s largest producer and consumer of oil, which means it has a complicated relationship with oil prices.

Rising oil prices benefit some businesses and workers at the expense of others, and the same has been true about a sharp price fall.

Until after World War Two, the country was a net exporter to the rest of the world, the first era of U.S. energy dominance.

But from the late 1940s and especially the 1950s, the United States turned into an increasingly major oil importer.

Since then, the principal effect of a rise in oil prices has been to transfer income from consumers and businesses in the United States to oil-producing countries in Latin America, the Middle East and Africa.

Rising prices have put pressure on the U.S. balance of payments and the dollar’s value, contributing to an occasionally negative relationship between the price of oil and the exchange rate.

But as net imports have declined in the last decade, the picture has changed again, and the main transfers of income are now occurring within the United States rather than with the rest of the world.

The impact of oil prices on the U.S. trade deficit and the exchange rate is becoming much less significant than before.

Instead, rising prices are transferring income from net consuming states such as California, Florida, New York and Illinois to net producing states including Texas, Oklahoma, New Mexico and North Dakota.

Rising prices are also transferring income from households, motorists, the transportation sector, manufacturers and retailers to the oil industry and its supply chain.

In the short term, rising oil prices have provided a significant boost to the economic expansion as the positive impact on investment has outweighed the negative impact on consumer spending.

But that positive scenario may not last if oil prices continue to rise over the next two years.

Domestic crude production has more than doubled from an average of 5 million barrels per day (bpd) in 2008 to 10.3 million bpd in February 2018.

Government policies have also cut import dependence by requiring increases in vehicle fuel economy and mandating the addition of ethanol and biodiesel to the fuel supply.

The result has been a transformation in U.S. petroleum trade, with the country becoming an increasingly important exporter of refined products, such as diesel, and more recently crude oil.

The size and suddenness of this shift is one reason why the rise of shale production in the United States qualifies as a genuine energy revolution.

Net imports of crude oil and petroleum products peaked at more than 12.5 million bpd in 2005, according to the U.S. Energy Information Administration.

By 2017, net imports had fallen to 3.7 million bpd and they continued to shrink in the first three months of 2018.

The balance of payments is now much more insulated from the impact of changing oil prices than during the 2008 oil shock.

Between January and March 2018, the U.S. trade deficit with the rest of the world worsened by almost $23 billion compared with a year earlier.

The non-petroleum components of the deficit worsened by $26 billion but the petroleum deficit actually improved by almost $4 billion (“International Trade in Goods and Services”, Census Bureau, May 2018).

The rise in U.S. oil production has encouraged some policymakers to speak about achieving energy independence or even a second era of energy dominance.

The reality is more complicated. Increased domestic energy production is clearly beneficial for the economy.

But sharp increases or reductions in oil prices can still have profound distributional effects within the United States.

Since capital and labour do not move without friction between industries and states, sudden income redistribution can still have an adverse impact on the overall performance of the economy.

The oil slump between 2014 and 2016 deepened the overall slowdown in business investment and contributed to a soft patch in overall economic growth, which initially overshadowed the gains for consumers.

The rise in prices since 2016 is now contributing to an acceleration of business investment and activity in the oil and gas sector and all along the supply chain, helping boost the overall economic expansion.

Mining, which includes oil and gas production, was the fastest-growing sector of the U.S. economy in 2017 ("Gross domestic product by industry: fourth quarter and annual 2017", Bureau of Economic Analysis, April 2018).

Rising oil prices are one reason the economies of some major oil-producing states outperformed the rest of the country towards the end of 2017.

Texas was the fastest-growing state economy in the country in the final three months of 2017 (“Gross domestic product by state: fourth quarter and annual 2017”, Bureau of Economic Analysis, May 2018).

But beyond a certain point, rising oil prices will start to weigh on investment and spending by the non-oil sector and households, retarding overall growth.

Moreover, the United States remains embedded in a dense web of international trading relationships with petroleum producing and consuming countries.

Higher oil prices tend to improve the opportunities for U.S. exports and outward investment in petroleum-exporting countries in the Middle East and other regions.

But they also tend to curb export growth to petroleum-importing countries, notably China, India, Japan and in Europe, which include some of the country’s most important trading partners.

(John Kemp is a Reuters market analyst. The views expressed are his own. Editing by Dale Hudson)