US Rig Count Rises for First Week in Three 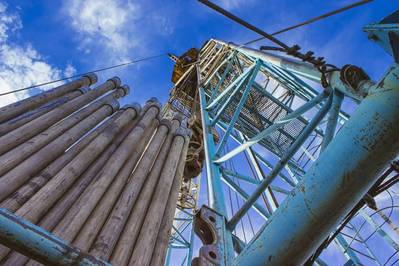 U.S. energy firms added oil rigs for the first time in the past three weeks despite sharp declines in crude futures prices to their lowest since the summer of 2017.

Drillers added 10 oil rigs in the week to Dec. 21, bringing the total count to 883, General Electric Co's Baker Hughes energy services firm said in its closely followed report on Friday. This was the biggest weekly gain in rig numbers since early November.

More than half the total U.S. oil rigs are in the Permian Basin, the country's biggest shale oil formation. Active units there held steady this week at 486, the lowest since early October.

The U.S. rig count, an early indicator of future output, is higher than a year ago when 747 rigs were active as energy companies have spent more to capture higher prices.

U.S. crude futures were trading around $46 a barrel on Friday, down about 10 percent for the week, as global oversupply kept buyers away from the market ahead of the end of year holidays. Earlier Friday, the contract fell to its lowest since July 2017.

Cowen said the E&Ps it tracks expect to spend a total of $88.9 billion in 2018. That compares with projected spending of $72.2 billion in 2017. Cowen said early 2019 capital spending budgets were mixed.

Year-to-date, the total number of oil and gas rigs active in the United States has averaged 1,031. That keeps the total count for 2018 on track for the highest since 2014, which averaged 1,862 rigs. Most rigs produce both oil and gas.