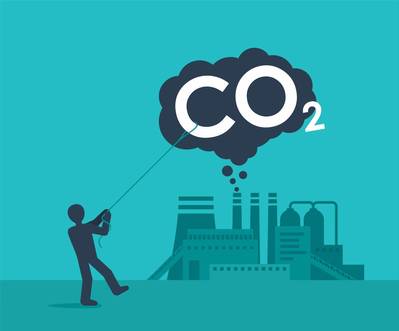 2020 is a year that’ll be remembered for many reasons. COVID-19 aside, it’s been a turning point for the offshore industry, one where net-zero solutions have been top of the agenda, including within well abandonment.

Industry and regulators have been looking at whether wells can be repurposed for carbon capture and storage (CCS). There are some big numbers. Some 350 to 1200 gigatons of CO2 will need to be captured and stored this century, according to the World Economic Forum. Operators are signing up, with a string of major projects announced, and starting to look at the details, including the potential to reuse existing wells.

Margaret Copland, senior wells and technical manager at the Oil & Gas Authority (OGA), told the Offshore Decommissioning Conference late last year that there are a number of significant questions about this possibility. Operators need to assess storage sites, produce a development plan and apply for a storage permit to the OGA. Part of this work includes looking at the integrity of existing wells to see if there’s any leak potential. “The first problem is a lack of data,” Copland told the event, co-run by Oil & Gas UK and Decom North Sea. “Original drilling data is frequently not available for wells drilling today.”

The UK National Data Repository has a lot of data in it, but only it’s where it’s available. The ideal scenario is there’s information about existing wells in end of well reporting, detailing how their cement plugs were verified. But often it’s not the case. This makes it hard to know whether they will create a leak path for CO2. The wells weren’t abandoned with reuse for CO2 storage in mind and, “the jury is still out on Portland cement (used for plugging wells) and how it will stand an attack from CO2,” says Copland.

CO2 has to be injected at specific pressures which means that phase change can take place and very low temperatures, down to -50 degrees, can be experienced, she adds, so the design of wells, including subsurface safety valves, subsea infrastructure, pipelines and topsides need to take this into account. Another concern could be around CO2’s corrosivity and the impact on Portland cement, that’s traditionally used in well construction. Laboratory tests have proven Portland cement to be suitable, but what about an old highly deviated that wasn’t designed for CCS and has a sidetrack and micro annuli.

Andrew Duguid, of Advanced Resources International, says carbonic acid, created when CO2 dissolves in water, will eat Portland cement. But, he says, the cement isn’t very permeable, so there’s not a worry about it moving through the cement. “Micro annuli could be an issue; the cement formation interface or casing cement interface are where we’re going to see flow moving through the well.”

Andrew Louden, founder of barrier technology firm iSol8, says, “We know CO2 has an impact on cement, so repurposing for CCS presents some real and well documented risks,” including the cement rock interface, the cement casing interface and eccentricity and channels, and also the thermomechanical aspects of the cement from when it was put in place and throughout its service. “Some of these you can’t see with any evaluation tool,” adds Duguid, so you need multiple evaluation tools to get a full picture.

It may also be that hydrocarbon production wells just aren’t suitable, because they’re not in the right location for an injection point, says Copland. Side-tracking existing wells could be an option, which could allow for some of these issues to be dealt with, she says.  There are projects looking at these issues. REX-CO2, for example, is a €3.3 million project evaluating the use of existing wells for CO2 storage, as well as creating tools to evaluate wells and model to predict any potential leakage.

What’s more, there might actually not be that great a need. Copland says that a lot of work has been done on the UKCS where about 560 subsurface stores, formations, aquifers, that could be used have been “semi-identified.” “But we’re not going to need huge numbers to take care of the CO2 that the UKCS needs to,” she says. There’s 78 gigatons of storage capacity, or more than 100 years’ worth, she says, and only something like 6-15 projects. So how many wells would need to be reused?