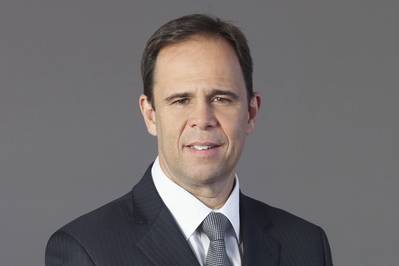 Norwegian oil services company Aker Solutions (AKSO.OL) reported strengthened earnings for the first quarter of 2018 as orders almost doubled from a year earlier amid increasing signs of a market recovery.

Orders totaled NOK 8.6 billion in the quarter, bringing the backlog to NOK 37.6 billion. Most were for projects in Norway, including a contract to deliver modules for the floating production, storage and offloading vessel for Johan Castberg, the largest oil discovery in the Barents Sea. The company also won contracts to deliver subsea production systems for the Troll Phase 3, Askeladd and Nova fields offshore Norway. It secured a maintenance and modifications services contract from Petrobras in Brazil.

Aker Solutions was in the period awarded 38 front-end orders, the most in a single quarter. That compares with an all-time high of 124 contracts for all of 2017.

"We are seeing record demand for our early-phase capabilities - from feasibility and concept studies to front-end engineering and design," said Araujo. "Not only is this an indication of a pickup in activity ahead, it also puts us in a strong position to secure more work at a project."

Aker Solutions is on track with a program to boost cost-efficiency across the business by at least 20 percent in the four years ending December 2021. This follows the successful completion in 2017 of a two-year program of becoming at least 30 percent more cost efficient across the business, compared with 2015 costs and work volumes.

The company said it had a liquidity buffer of NOK 7.6 billion at the end of the quarter. The company in the period issued a NOK 1.5 billion corporate bond that was oversubscribed and renewed a five-year NOK 5 billion revolving credit facility.

The outlook for oil services remains uncertain and there is pressure on pricing. Still, Aker Solutions said it sees increasing signs of a recovery, particularly offshore Norway where there is a pickup in activity and in the brownfield segment where oil companies are focusing on optimizing output from existing fields. Industry efficiency improvements are bringing down break-even costs on developments, which is spurring more project sanctions.

Tendering is steady and Aker Solutions is bidding for contracts totaling about NOK 50 billion. About two-thirds of these are in the subsea area, where the company anticipates several key projects to be awarded in 2018, particularly in Norway, Brazil and Asia Pacific.

Aker Solutions sees overall revenue up by close to 10 percent in 2018 from 2017, helped by the recent strong order intake. Underlying 2018 EBITDA margins are expected to remain around current levels, supported by solid execution and the company's improvement program.