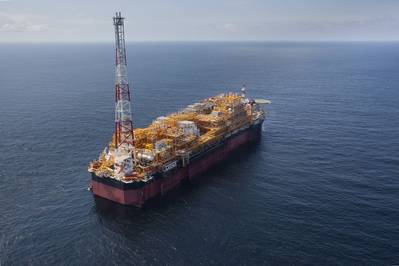 French energy major Total said its net adjusted profit rose 10 percent in the final quarter of 2018, lifting its full year earnings by more than a quarter after record oil and gas production.

Total said on Thursday that output reached an all-time high of 2.8 million barrels of oil equivalent per day in 2018 thanks to the start-ups of various operations and increased production in Australia, Angola, Nigeria and Russia.

It reported a 28 percent rise in full-year profit to $13.6 billion, following on the heels of strong results from other oil majors.

"These excellent results reflect the strong growth of more than 8 percent of the group's hydrocarbons production," Total's Chief Executive Officer Patrick Pouyanne said in a statement.

On Tuesday, BP reported a doubling of profits, driven by strong growth in oil and gas output following a large U.S. shale acquisition.

Total said its results would enable it to continue its shareholders' return policy announced last year. After increasing dividends by 3.2 percent in 2018, it plans a 3.1 percent rise in 2019.

It will also buy back $1.5 billion of its shares in 2019 after buying back the same amount last year.

Total added it would eliminate its scrip dividend scheme from June 2019.