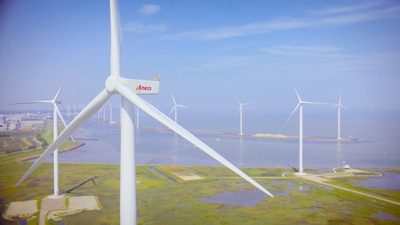 The field of prospective bidders for Dutch energy company Eneco has narrowed as initial interest from big electricity players including France's Engie and Austria's Verbund has fizzled out, sources close to the matter said.

The 53 municipalities that currently own Eneco, estimated by analysts to be worth about 3 billion euros ($3.35 billion), said in December they would sell the company through an auction later this year.

The process is now expected to kick off in May, when confidential information packages will be circulated to interested parties to undertake due diligence checks on the business, the sources said.

Austrian energy group Verbund said it would not be among them. "We are looking at many companies, but Eneco is not an issue for us at the moment," a spokesman for the company said.

French utility Engie and private equity group CVC have also decided against bidding, according to the sources. Engie declined to comment, while CVC did not immediately respond to a request for comment.

Other private equity investors also refrained from bidding as there was a indication from the company that a strategic buyer would be preferred, the sources said.

Royal Dutch Shell and Dutch pension fund manager PGGM said in January they were looking to make a joint offer.

The move was widely seen as an attempt by the two companies to bolster their firepower and put off competitors.

One of the sources said that Japan's biggest trading house Mitsubishi Corp is also looking to bid, while some Chinese companies may also try to join the race.

"The sale is in the pre-qualification phase and (we are) looking at selecting a shortlist from the companies that expressed interest in Eneco," said Eneco spokesman Edwin van der Haar.

Eneco, which generates about half its electricity from renewable sources, is the last major power generator owned by Dutch cities.

It appeals as a target to major oil and gas companies, keen to switch to greener energy to meet government climate change goals and satisfy calls from investors to reduce their carbon footprints.

But as the privatisation has strained ties between management and the municipalities that own it, the expected sale has been long delayed, discouraging some of the parties that had initially expressed interest, the sources said.

Management called in early 2018 for the company to seek a flotation or partial sale, clashing with shareholders, who wanted to keep all options open, including an outright sale.

After months of feuding, their differences were resolved with the help of a mediator, paving the way for privatisation.