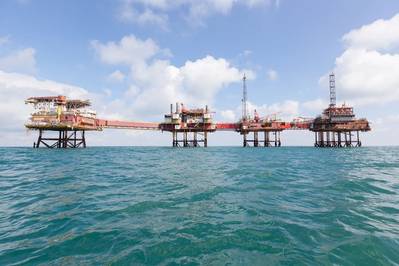 The U.K.’s oil and gas reserves remain at a level which could sustain production for at least the next 20 years and beyond if additional undeveloped resources can be matured, according to the U.K. Oil and Gas Authority (OGA).

The OGA’s estimate for proven and probable (2P) U.K. Continental Shelf (UKCS) reserves at end 2017 are 5.4 billion barrels of oil equivalent, which could sustain production from the UKCS for another 20 years or more, the authority said.

In 2017, 400 million boe were added to 2P reserves and about 600 mmboe were produced which equates to a reserve replacement ratio of 69 percent; with 100 mmboe matured from new field developments, 80 mmboe due to infield activities and approximately 220 mmboe reserves replacement due to field-life extensions.

The maturation of contingent resources presents a significant opportunity for the continued development of the U.K.’s petroleum resources. This will require substantial investment in both new field developments and incremental projects, OGA said.

An additional 181 million boe contingent resources were delivered through exploration in 2017. A key part of exploration stewardship is now to progress the many attractive opportunities within the prospective resource portfolio into drill-ready prospects, and into subsequent discoveries.

During the last two years the OGA has undertaken an extensive exercise with the British Geological Survey (BGS) to reevaluate the UKCS mapped lead and prospect inventory which following volumetric, economic and risk adjustments is now estimated at a mean value of 4.1 billion boe.

The OGA has also undertaken statistical play analysis and an additional mean prospective resource of 11.2 billion boe is estimated to be contained in plays outside of mapped leads and prospects, with the proportion of gas being greater than 60 percent.

Nick Terrell, Chair of the MER UK Exploration Task Force and Managing Director of Azinor Catalyst, said, “The work undertaken by the OGA, which has been independently verified, seeks to further quantify the huge remaining exploration potential of our U.K. offshore basins. The results illustrate the full spectrum of exploration opportunities, from infrastructure led exploration to high impact deep-water frontier opportunities.”