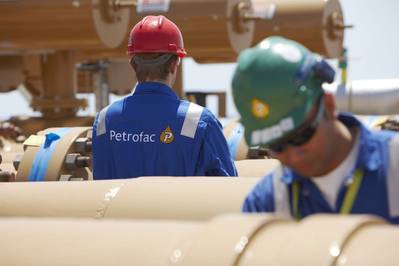 Petrofac announced on Tuesday it has secured a new contract and has been awarded of an additional scope of work with Petroleum Development Oman (PDO), with a combined value of approximately $130 million.

The new contract award, under a 10-year framework agreement signed in 2017 with PDO, is an engineering, procurement and construction management (EPCM) services contract for the Mabrouk North East Development Project in Oman.

The full field development of Mabrouk North East field is planned to be executed in a phased approach. The 34-month project scope awarded involves the development of 16 gas producing wells and export of the production to the Saih Rawl Central Processing Plant. The project will be integrated with the Mabrouk North East Line Pipe Procurement Project, which was awarded to Petrofac (POFCF) in June 2019.

The other scope of work awarded is to provide further services for PDO’s Yibal Khuff Project. This 20-month contract includes detailed Engineering, Procurement, and support for Construction and Commissioning of nine additional wells to improve overall plant production, and laying of gas pipeline from Yibal “A” to the main processing facility.

The Yibal Khuff Project, originally awarded to Petrofac in June 2015, is already in an advanced phase of construction and pre-commissioning, and the delivery of additional wells is to be synchronized for overall readiness.