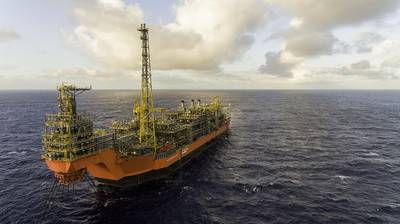 In a securities filing, Petrobras, as the firm is commonly known, said second quarter net profit came to 18.87 billion reais ($4.92 billion). That was well above the Refinitiv consensus estimate of 8.06 billion reais at current exchange rates.

Earnings before interest, taxes, depreciation and amortization (EBITDA), in some ways a more closely watched indicator given Petrobras' many impairments and one-off gains in recent years, hit market estimates. Petrobras said EBITDA came to 32.67 billion reais, almost exactly in line with the Refinitiv estimate of 32.7 billion.

Taken as a whole, the results show that Petrobras' recent acceleration in asset sales is bearing tangible fruit. Castello Branco, who took charge in January, has made selling off non-core assets in order to reduce debt a key part of his overall strategy, a tactic that has been cheered by investors.

Overall in 2019, the company has received some $12.764 billion from asset sales, including $8.722 billion from its sale of gas pipelines to France's Engie SA in the second quarter, it said in the filing.

In Castello Branco's comments, the CEO attributed much of the profit boost to factors "beyond (Petrobras') control," such as high crude prices and an improving real to dollar exchange rate.

Castello Branco also re-affirmed the company's dedication to asset sales saying the so-called initial 'teaser' phase for four refineries worth billions of dollars is set to be launched next month.

He added in the comments that "we don't need to own" midstream assets. Earlier on Thursday, Reuters reported that Petrobras was studying a mass transfer of employees out of Transpetro, which is responsible for most of the firm's midstream assets.

The company would look to partially and wholly reduce its 37.5% stake it fuel distribution unit Petrobras Distribuidora SA , which it privatized via a share offering in July, he said.

One potential concern in the results was a significant downward revision in forecasted 2019 capital expenditure from $16 billion to $10-$11 billion. Castello Branco said that figure does not include bids for offshore exploration and production in blocs in Brazil scheduled for later this year.