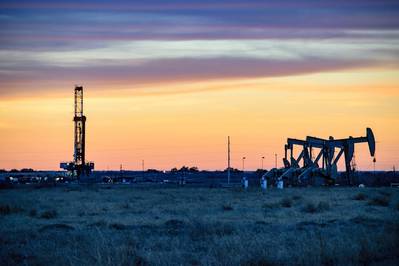 Dr. Kim told delegates, “Permian production is ramping up, but midstream bottlenecks across oil, gas and NGLs may force a slowdown, as all three production streams are interrelated, and any midstream constraints impacting one will impact all.

“In particular, natural gas is becoming the weakest link that prevents monetizing growing Permian basin supply. With Permian basin gas production continuing to grow, the market will feel every little hiccup in takeaway capacity, and negative pricing will be a more common occurrence.

“Additional flaring may be necessary if construction delays translate into lower Mexican gas exports from Waha, or Permian producers may need to back down from their growth trajectory until more pipeline takeaway capacity is available.”

Crude oil faces a different problem, with a large overbuild of pipeline takeaway capacity between the Permian and the Gulf Coast expected in the near-term, leading to an average pipeline utilization of just 64% in 2020. However, that picture will shift by 2025, as production growth fills existing infrastructure and the average utilization moves to about 84%.

Dr. Kim added, “With greater than 2 million barrels per day of greenfield pipeline capacity pointed at Corpus Christi expected to come online in the next year, growing oil export volumes out of the Permian basin also threaten to surpass its estimated marine terminal export capacity.

“The key market impact to watch in the first half of 2020 will be if the bottleneck for Permian producers simply moves 600 miles down the road into Corpus Christi, and congestion occurs in getting crude on the water for export.”