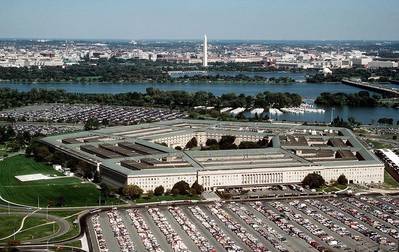 The U.S. Department of Defense has been using the wrong oil price in its budget, leaving the largest single buyer of fuel in the world with liabilities potentially hitting billions of dollars.

The Pentagon continues to rely on WTI prices even though Brent oil is more relevant to the cost of fuels it buys on behalf of the armed forces.

Using the wrong benchmark has introduced increasing risk into the military budget, according to a critical report published on Tuesday by the Government Accountability Office (GAO) ("Bulk Fuel Pricing: DOD needs to re-evaluate its approach to better manage the effect of market fluctuations").

Moreover, the Department of Defense (DOD) still does not hedge its exposure to changing fuel prices, even though the Pentagon's Defense Logistics Agency (DLA) buys more than 100 million barrels of fuel each year at a cost of $10 billion to $20 billion, according to the GAO.

The DLA purchases fuel on the open market and then sells it to the armed forces at a standard price.

Differences between the standard price and actual cost of buying fuel are absorbed into the Defense-wide Working Capital Fund.

Setting a Standard Fuel Price
The standard price is based on a forecast for crude oil prices plus a mark-up to cover the cost of refining and another mark-up for non-product costs (including storage, transport and any cost-recovery adjustments to offset prior-year gains and losses in the Working Capital Fund).

Like the rest of the federal government, the Department of Defense is required to use crude oil price forecasts provided by the Office of Management and Budget (OMB) and jointly prepared by the OMB, the U.S. Treasury and the White House Council of Economic Advisors.

The DLA adds its own estimate for refining costs. The DLA and the comptroller of the Defense Department then add a further element to account for non-product costs (including any previous losses in the Working Capital Fund).

Because of the Defense Department's lengthy budget planning cycle, standard fuel prices have to be set 18 months before the fuel is actually purchased.

The long delay exposes the system to an enormous amount of price risk.

On average, actual fuel costs have differed from estimated costs by more than 20 percent in the last five years.

Some of the difference can be accounted for by operational requirements varying from estimates, but about three quarters has been due to changes in market prices, according to the GAO, the congressional watchdog on spending, waste and fraud.

Shifting Cash between Accounts
The DLA's Working Capital Fund is intended to absorb short-term fluctuations in the market price of fuel and give each of the armed services some certainty in developing their own operating budgets.

But the fund is meant to be revenue-neutral. Losses and gains are supposed to cancel out over time, ensuring the fund breaks even.

However, changes in the standard price "are not the preferred option for managing the fund's cash balances because of the potential strain it places on the services' budgets", according to Pentagon officials interviewed by the GAO.

Instead, the Defense Department usually transfers unspent funds from other parts of its budget. In fiscal 2012, the Pentagon transferred $1.3 billion from the Afghanistan Security Forces Fund to plug a shortfall in the Working Capital Fund. In fiscal 2013, it transferred another $1.4 billion from various accounts, including the Foreign Currency Fluctuations account, according to the GAO.

The GAO found evidence that transfers into and out of the Working Capital Fund affect the standard price. In fiscal 2011, the standard price charged to the armed services was raised $40 per barrel because there was no longer enough cash in the fund to cover fuel costs after money had been transferred to other accounts.

Pentagon Does Not Hedge
Despite the long delay between setting the fuel budget and purchasing fuel, the Department of Defense does not hedge.

The Business Board received advice from BP, Shell, Morgan Stanley (MS), Accenture (ACN), Delta Airlines and McKinsey, so it is not surprising it reached a favourable conclusion about hedging.

The Pentagon "could feasibly hedge its fuel purchases", the board concluded, by designing "an effective hedging program that does not disrupt commercial markets".

The Business Board recommended the Pentagon seek congressional approval to implement a non-market hedging programme with the Department of the Interior.

The Business Board wanted the Pentagon to seek congressional authorisation to enter a swap arrangement whereby whichever department benefited from price changes would transfer funds to the other.

"Such an approach would allow DOD to realize some of the benefits of fuel hedging while avoiding many of the potential adverse effects associated with hedging in commercial markets," the board concluded.

Nonetheless, the Defense Department has elected not to pursue a hedging strategy, even with the Department of the Interior. Pentagon officials say hedging is outside the scope of their current authority, would incur management fees, would increase total costs, and poses additional political and economic risks.

The Pentagon does not even enter into firm fixed-price contracts to buy fuel from major suppliers. Fixed-price contracts would shift price risk to suppliers and the department has concluded it would end up paying a premium for them, increasing certainty about fuel prices but at the cost of paying more for fuel over the long term.

Employing the Wrong Benchmark
The GAO expressed no view on whether the Pentagon should start hedging, but it did recommend officials at least start using a more accurate benchmark to forecast their costs.

The DLA buys 48 percent of its fuel abroad where prices tend to be tied to Brent. But even for fuel purchased in the United States, product prices tend to track Brent rather than WTI.

However, the DLA has stuck to using WTI. As Brent and WTI prices have diverged, the DLA has tried to compensate for the discrepancy by adjusting the mark-up it includes for refining.

In fiscal 2013, the DLA included a refining mark-up of almost $47 per barrel, representing a theoretical refining margin of 50 percent.

No refinery anywhere in the world makes a margin that large. Not only is the mark-up inaccurate from an accounting perspective, it risks introducing even more risk and uncertainty into the budget process.

"DOD is using the mark-up not only to account for refinement costs, but to cover the price spread between WTI and other crude oil pricing benchmarks," the GAO grumbled.

"By using the increased refinement mark-up to compensate for the price spread, DOD is not addressing the underlying limitations with its crude oil baseline."

The GAO observes that the all-powerful Office of Management and Budget has this year begun supplying forecasts for Brent as well as WTI, though the Pentagon like other federal agencies has discretion over which benchmark it uses in its budget.

In fact, the Pentagon's total fuel costs most closely track the price of commercial jet fuel, rather than either crude benchmark, according to the GAO.

The Air Force accounts for about half the total fuel consumption, with the rest split between the Navy and the Army.

But the Department of Defense has not considered whether using a crude oil baseline is still reasonable at all, let alone which one, the auditors complained.

The DOD has promised to re-evaluate its approach for estimating the components of the standard price, but has not said whether it will change its benchmark.