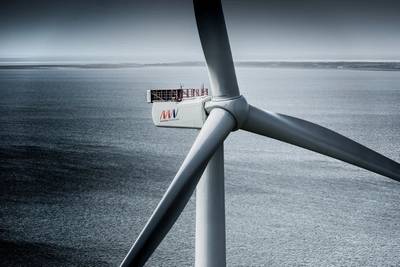 Belgian developer Parkwind has reached an agreement with Irish state-owned utility ESB to collaborate on the 330MW Oriel and 500MW Clogherhead wind farms off the coast of Ireland.

The Irish utility has agreed to acquire an interest of up to 35% in the Oriel windfarm, which is 22km off the coast at Dundalk. The windfarm will have up to 330MW capacity and feature 55 large turbines.

Once operational, the Oriel Windfarm will generate enough capacity to cover the needs of approximately 280,000 households - most of the population in counties Louth and Meath. Oriel will furthermore contribute to the reduction of Ireland’s carbon emissions by 600,000 tonnes per annum.

Parkwind, one of Europe’s offshore wind leading companies, will continue to head the project from its Dublin offices in close collaboration with ESB.

Minister for Communications, Climate Action and Environment Richard Bruton TD, who is meeting with senior ESB and Parkwind representatives this afternoon, commented: “Today’s announcement is a significant development for Ireland’s offshore wind industry. This project has the potential to deliver sustainable, clean offshore wind energy for 280,000 Irish families – equivalent to the needs of most of Louth and Meath.”

Parkwind’s co-CEO Francois Van Leeuw stated: “Since its entry into the Oriel project, Parkwind has performed a lot of development activities, opened offices in Dublin and is today delighted to welcome ESB to the Oriel project team. We look forward to working with ESB and local stakeholders in making the Oriel and the Clogherhead projects a success.”

Our collaboration  with internationally respected developers such as Parkwind in the delivery of the Oriel and Clogherhead projects underscores our commitment to further involvement in the development and construction of offshore wind farms in both Ireland and the UK,” O’Doherty added. 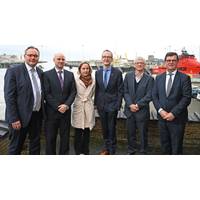