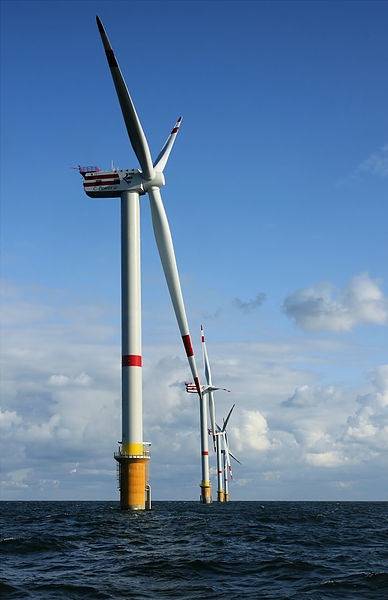 On the heels of President Obama’s State of the Union address where he laid out actions to move the economy toward clean energy sources, reduce carbon pollution and create jobs, Secretary of the Interior Sally Jewell has announced an important step forward for the first offshore wind project proposed for federal waters off the West Coast.

“Today’s announcement is consistent with President Obama’s commitment to take actions that will create jobs and develop clean, domestic energy that powers our economy,” said Jewell. “This pioneering project would demonstrate floating wind turbine technology capable of tapping the rich wind energy resources in deep waters offshore Oregon. As we look to broaden our nation’s energy portfolio, the innovative technology and its future application hold great promise along the West Coast and Hawaii.”

The West Coast holds an offshore capability of more than 800 gigawatts of wind energy potential, according to the National Renewable Energy Laboratory, which is equivalent to more than three quarters of the nation’s entire power generation capacity. Total U.S. deepwater wind energy resource potential is estimated to be nearly 2,000 gigawatts.

Principle Power, Inc. will seek to site its project within a 15 square mile proposed lease area . The project is designed to generate electricity from five floating “WindFloat” units, each equipped with a 6-megawatt offshore wind turbine. The turbines would be connected by electrical cables and have a single power cable transmitting the electricity to the mainland. The facility, sited in about 1,400 feet of water, would be the first offshore wind project proposed in federal waters off the West Coast and the first in the nation to use a floating structure to support offshore wind generation in the Outer Continental Shelf.

Under the noncompetitive process for which Principle Power qualified, the company may now submit a plan for the proposed lease area to BOEM. BOEM will then complete a National Environmental Policy Act analysis, which includes opportunity for public comment, before making any final decision on lease issuance and plan approval.

More information is available at: http://www.boem.gov/State-Activities-Oregon/