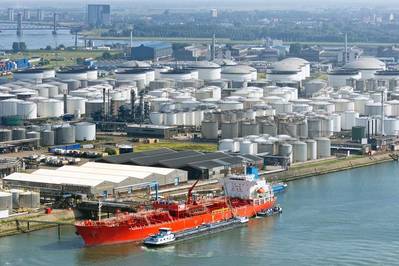 OPEC signaled on Thursday it may have to return to oil production cuts as global inventories rise, in a statement that may further sour relations with U.S. President Donald Trump.

The president has repeatedly lashed out at the Organization of the Petroleum Exporting Countries, saying it is not supplying enough oil. OPEC, plus Russia and other allied non-OPEC producers agreed to pump more in June.

An OPEC and non-OPEC ministerial panel concluded that supply is "very comfortable" compared to demand and warned producers may need a change of tack because of rising inventories and economic uncertainties.

"The committee, however, expressed concerns about rising inventories in recent weeks and also noted looming macroeconomic uncertainties which may require changing course," a statement issued by OPEC said.

Brent crude oil, the global benchmark, has lost about $10 a barrel since hitting a four-year high of $86.74 on Oct. 3, on signs of ample supply even as U.S. sanctions on Iran aimed at cutting the OPEC member's oil exports loom.

For now, producers are making progress in increasing production in line with the June agreement.

OPEC and its partners agreed in June to lift oil supplies so that compliance with output curbs in place since January 2017 falls to 100 percent, from closer to 150 percent because of declining production in some countries.

Countries complied with 111 percent of pledged supply curbs in September, the statement said, meaning production increased from August when adherence was 129 percent.

The panel, called the Joint Ministerial Monitoring Committee, can make recommendations but does not set policy. OPEC and its allies hold their next policy meeting in December.

Forecasters, including the International Energy Agency, expect slower growth in global oil demand next year and rising supplies from outside OPEC, which could further increase inventories if OPEC keeps output at the same level.

The ministerial panel asked its technical group, called the Joint Technical Committee, to "continue to study the 2019 outlook and present options on 2019 production levels to prevent reemergence of a market imbalance."

Earlier on Thursday, top exporter Saudi Arabia said the oil market could be oversupplied in the fourth quarter of the year as stocks rise and demand slows. It said it will "mirror" such changes in its production.

"We are of the view that the market in the fourth quarter could be shifting towards an oversupply situation as evidenced by rising inventories over the past few weeks," Saudi OPEC governor Adeeb Al-Aama told Reuters.

The OPEC governor is typically one of the most senior posts in a country's OPEC delegation after the energy minister.