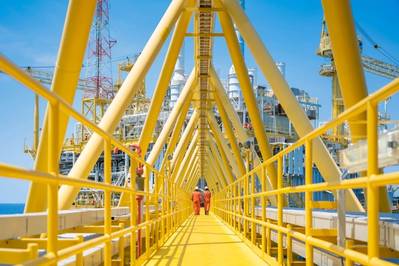 Schlumberger, Halliburton Co, and Baker Hughes Co have kicked off the new year by putting units up for sale, as the three largest names in oilfield services seek to reshape their businesses and adjust to falling demand.

Competition also is forcing service companies to exit less profitable businesses. The trio, which hold about 26% of the global oilfield services market, according to consultancy Spears & Associates, recently disclosed plans to review operations in light of declining demand for their services. The asset sales, which could raise $800 million combined for the trio, come amid cost-cutting.

Halliburton last year cut more than 8% of its North American staff and Schlumberger (SLB) booked a $12.7 billion writedown in October.

"We believe this is best so we can focus on products and services core to the lifecycle of the reservoir," Halliburton said in a statement, confirming the marketing of its pipeline and process services business. It hopes to close a sale by mid-year.

The two separately hired advisers to sell units that boost production from wells using so-called rod lift gear, according to people familiar with the matter.

Baker Hughes also has retained an investment bank to sell its wellhead services operations, two of the people said. All four operations are likely to be valued in the region of $200 million each, two of the sources said.

Rod lift is an attractive divestment target because profits are slim and energy producers are switching to more advanced electric pumps which sit inside a well.

Schlumberger's recently appointed chief executive, Olivier Le Peuch, spoke in October of moving the company toward more asset-light software and services-driven businesses, which could retain profitability even when drilling activity is subdued.

While the four planned divestments are small pieces of these large companies - Halliburton has the smallest market capitalization at $20.9 billion - analysts and investment bankers believe larger asset sales are likely in 2020.

In a Jan. 15 note, Scotiabank analysts said it expects further guidance from Schlumberger on the future of its OneStim pressure pumping and completions business in the firm's fourth-quarter earnings announcement, scheduled for Friday.