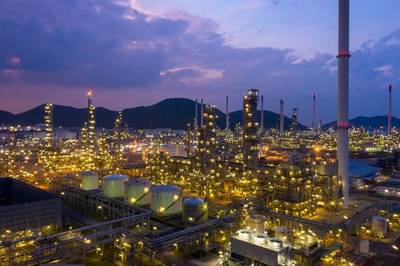 Oil fell on the last trading day of the decade on Tuesday but was still on track for monthly and annual gains, supported by a thaw in the prolonged U.S.-China trade row and Middle East unrest.

The volume of trade remained low as many market participants were away for year-end holidays.

Brent has gained about 22% in 2019 and WTI has risen 34%. Both benchmarks are set for their biggest yearly gains in three years, backed by a breakthrough in U.S.-China trade talks and output cuts pledged by the Organization of the Petroleum Exporting Countries and its allies.

U.S. President Donald Trump said on Tuesday that the Phase 1 trade deal with China would be signed on Jan. 15 at the White House.

The breakthrough in the talks has already boosted factories' output and Chinese manufacturing activity expanded for a second straight month.

China's Purchasing Managers' Index (PMI), an index showing economic trends in the manufacturing and service sectors, was unchanged at 50.2 in December from November, but still remained above the 50-point mark that separates growth from contraction.

Tensions in the Middle East also kept traders on edge as thousands of protesters and militia fighters gathered outside the U.S. embassy in Baghdad to condemn U.S. air strikes against Iraqi militias.

Security guards inside the U.S. embassy fired stun grenades at protesters and the U.S. ambassador and other staff were evacuated due to security concerns. The U.S. strikes could pull Iraq further into the heart of a proxy conflict between the United States and Iran.

"That said, we need to see if the latest protests spread also in the south of the country, where most of the crude is exported."

Looking ahead, U.S. crude inventories are expected to fall by about 3.2 million barrels in the week to Dec. 27, potentially its third consecutive weekly decline, a preliminary Reuters poll showed on Monday.

Oil prices are likely to hover around $63 a barrel next year, a Reuters poll showed on Tuesday, benefiting from deeper production cuts by OPEC and its allies, and hopes that a U.S.-China trade deal could jumpstart economic growth. 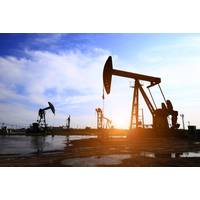 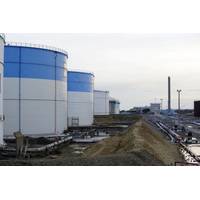