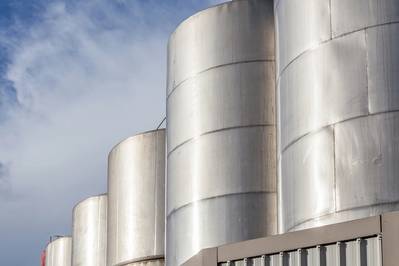 Oil slipped to below $60 a barrel on Wednesday, pressured by rising U.S. inventories and doubts over whether an OPEC-led output cut will be agreed next week.

U.S. crude stockpiles rose last week, the American Petroleum Institute (API) industry group said on Tuesday. Saudi Arabia on Wednesday dampened hopes of production cuts by OPEC and its allies by saying it would not act alone and Nigeria stopped short of committing to a new push to curb supplies.

The outcome of next week's OPEC meeting "remains clouded by uncertainty", said Stephen Brennock of oil broker PVM. "Elsewhere, a glut of stored oil in the U.S. shows no sign of waning."

The price of Brent has slumped by more than 30 percent from a four-year high above $86 in early October, pressured by concerns that supply will exceed demand in 2019 as economic growth slows.

The Organization of the Petroleum Exporting Countries (OPEC) plus Russia and other allies meet on Dec. 6-7. Producers are discussing a supply curb of 1 million to 1.4 million barrels per day (bpd) and possibly more, OPEC delegates have told Reuters.

"OPEC needs to cut if it wants the market to be a little less oversupplied in the first half of 2019," said Petromatrix analyst Olivier Jakob.

The slump since October is on a par with the 2008 price crash and steeper than that of 2014-2015, both of which prompted OPEC to agree output curbs to support the market.

The OPEC meeting in Vienna will follow a gathering by the Group of 20 (G20) nations in Argentina this weekend, at which oil policy is expected to be discussed, potentially laying the groundwork for an OPEC deal.

The market gained support from a supply outage in the North Sea, home to the crude that underpins the Brent contract. The Buzzard oilfield, the UK's largest, has closed temporarily, prompting the cancellation of some cargoes.

Attention later in the session will focus on the new round of U.S. inventory data to see if it reinforces expectations of an emerging supply glut.

The API said that U.S. crude stocks rose by 3.5 million barrels, more than analysts forecast. The government's official supply report is due at 1530 GMT.