Oil Rises Ahead of OPEC, Pressured by China Tariffs 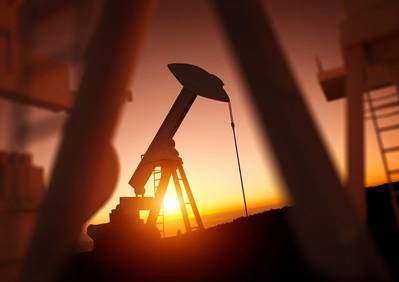 Oil prices rose on Monday ahead of an OPEC meeting this week and as investors assessed the impact of a trade dispute between the United States and China.

Brent hit a 3-1/2-year high above $80 a barrel in May but has since fallen on reports that top suppliers Saudi Arabia and Russia will increase production.

The Organization of the Petroleum Exporting Countries, de facto led by Saudi Arabia, and some allies including Russia have been withholding output since the start of 2017.

They will meet in Vienna on June 22 to decide forward production policy, with Russia and Saudi Arabia pushing for higher output.

"That production will be increased in the second half of the year is considered certain – the only question is by how much."

Despite this, Goldman Sachs said "the oil market remains in deficit ... requiring higher core OPEC and Russia production to avoid a stock-out by year-end".

The bank said it expected OPEC and Russian output to rise by 1 million barrels per day (bpd) by year-end and by another 0.5 million bpd in the first half of 2019.

Adding extra pressure is a trade dispute between the United States and other major powers.

U.S. bank Morgan Stanley (MS) said in a note to clients that the trade spat meant that economic "downside risks have risen".

U.S. oil exports have boomed in the last two years as shale oil production has surged, with China becoming one of the biggest buyers.


By Christopher Johnson, Additional reporting by Henning Gloystein in Singapore