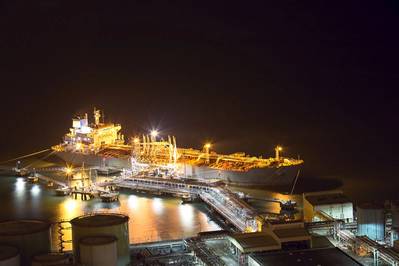 Oil prices firmed on Friday as bullish news from strong Chinese oil imports to turmoil in the Middle East put Brent on track for a nearly 3 percent weekly gain.

The developments added to other signs that the market was finally rebalancing after years of excess, but analysts warned that the 2018 balance was still shaky.

The contracts were on track for weekly gains of more than 2 percent and 4 percent, respectively.

"We woke up with the strong data from China. That's on the supportive side," said Olivier Jakob, managing director of oil consultancy PetroMatrix.

China's huge imports have been strongly driven by purchases for its strategic petroleum reserves (SPR).

The nation has spent around $24 billion on building its crude reserves since 2015 and now holds around 850 million barrels of oil in inventory, according to the International Energy Agency (IEA).

On Friday, local television reported that tens of thousands of Kurdish fighters had deployed in the Kirkuk oil region to confront possible "threats" from Iraqi forces.

Tensions between the two, which traders fear could impinge on oil exports from the region, have been building since Iraq's Kurds overwhelmingly backed independence in a Sept. 25 vote.

Later on Friday, U.S. President Donald Trump is expected to announce that he will not certify the 2015 Iran nuclear deal. The deal has to be re-certified every 90 days and is due for renewal on Sunday.

The step would give the U.S. Congress 60 days to decide whether to impose sanctions, but Iran's parliament speaker told the TASS news agency that decertification would "be the end" of the deal and cause "global chaos".

Despite the bullish signals, analysts warned that the Organization of the Petroleum Exporting Countries needed to extend its agreement to reduce oil output beyond its current March 2018 expiry date in order to clear stocks.

OPEC, with other producers including Russia, has agreed to production cuts of 1.8 million bpd.

"OPEC-led cuts have breathed new life into oil bulls but unless the organisation digs deeper, the drawdown in global oil stockpiles will soon fizzle out," broker PVM's Stephen Brennock wrote.

By Libby George, Additional reporting by Henning Gloystein in Singapore