U.S. Oil Prices Steady Ahead of Sanctions on Iran 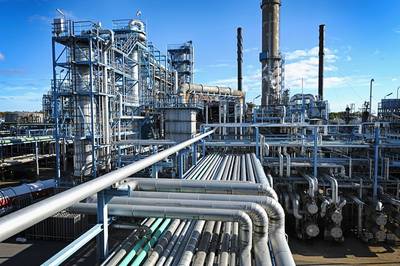 Oil prices steadied on Thursday, with U.S. crude near a 3-1/2-year high, but supply remained tight with investors concerned by the prospect of a big fall in crude exports from Iran due to U.S. sanctions.

The United States this week demanded all countries halt imports of Iranian oil from November, a hardline position the Trump administration hopes will cut off funding to Tehran.

The move follows a decision by the Organization of the Petroleum Exporting Countries last week to increase production to try to moderate oil prices that have rallied more than 40 percent over the last year.

"A number of people will be revising higher their assumptions for the loss of Iranian barrels," Harry Tchilinguirian, strategist at French bank BNP Paribas, told Reuters Global Oil Forum.

"If we assume that OPEC and its allies will deliver a near 1 million barrels per day (bpd) increase in production, most of it will be offset by lower volumes out of Iran."

Oil prices have rallied for much of 2018 on tightening market conditions due to record demand and voluntary supply cuts led by the Middle East dominated OPEC producer cartel.

Unplanned supply disruptions from Canada to Libya and Venezuela have added to those cuts.

Not all indicators point towards an ever-tightening market. U.S. crude production <C-OUT-T-EIA> is approaching 11 million barrels per day (bpd).

But analysts say the market has little spare capacity to deal with further disruptions.

Despite rising U.S. output, U.S. commercial crude oil inventories <C-STK-T-EIA> dropped by almost 10 million barrels in the week to June 22, to 416.64 million barrels, according to the Energy Information Administration on Wednesday.

Traders expect inventories to draw further in coming weeks as an outage of Canada's Syncrude locks in over 300,000 bpd of production. The outage is expected to last at least through July, according to operator Suncot.

Oil demand has been chasing records for most of 2018, but the outlook is dimming amid escalating trade disputes between the United States and other major economies including China and the European Union.