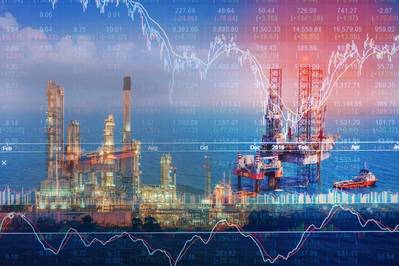 Oil prices were little changed on Monday as investors shrugged off fears of a global economic slowdown and focused on the prospect of tighter supply and lower U.S. crude inventories ahead.

"The oil market was worried about a global recession, and now we're kind of shaking that off and thinking that if the U.S. stock market can turn higher, maybe things aren't so bad," said Phil Flynn, an analyst at Price Futures Group in Chicago.

"Now we're focusing on (oil) inventories ... and people aren't going to want to be short into the inventory report, which is probably going to show another big drawdown."

Weekly figures on U.S. oil data from the American Petroleum Institute (API), an industry group, will be released on Tuesday, followed by the official Energy Information Administration (EIA) figures on Wednesday.

Oil prices took a hit on Friday after cautious remarks by the U.S. Federal Reserve caused 10-year treasury notes to slip below three-month yields for the first time since 2007, sparking fears of a recession in the world's largest economy.

Historically, an inverted yield curve, where long-term rates fall below short-term ones, has pointed to an upcoming recession.

Chicago Federal Reserve Bank President Charles Evans on Monday said it was understandable for markets to be nervous when the yield curve flattens, but he was still confident about the U.S. economic growth outlook.

Ongoing supply cuts by the Organization of the Petroleum Exporting Countries and allies such as Russia, known as OPEC+, also supported prices. OPEC's de-facto leader, Saudi Arabia, appears to be pushing for a Brent crude price of over $70 per barrel.

"Oil market-specific reports, which point to tighter supply, are preventing prices from falling any more sharply."