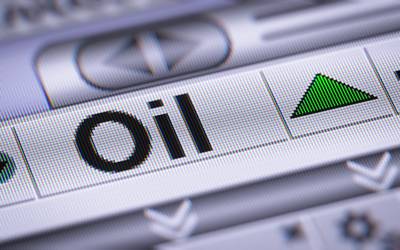 Brent and WTI were both on track to post their second straight weekly gain. Brent was due to rise 1.4%, and WTI was set to gain 0.8%.

U.S. Commerce Secretary Wilbur Ross said in an interview on Fox Business Network on Friday that there was a very high probability the United States would reach a final agreement on a phase one trade deal with China.

"We're down to the last details now," Ross said.

U.S.-China trade talks were set to continue with a telephone call on Friday.

A monthly report from the International Energy Agency weighed on prices, after it estimated that non-OPEC supply growth would surge to 2.3 million barrels per day (bpd) next year compared with 1.8 million bpd in 2019, citing production from the United States, Brazil, Norway and Guyana.

"Today's monthly IEA release offered some bearish aspects in the form of an unexpected upward adjustment in non-OPEC oil supply growth for next year that briefly forced WTI values to below yesterday's lows," said Jim Ritterbusch, president of Ritterbusch and Associates.

OPEC Secretary General Mohammad Barkindo had painted a more upbeat picture earlier this week, saying growth in rival U.S. production would slow in 2020, although a report by the group had also said demand for OPEC oil was expected to dip.

The Organization of the Petroleum Exporting Countries and its allies have cut supply to prop up prices and are expected to discuss output policy at a meeting on Dec. 5-6 in Vienna. Their existing production deal runs until March.

U.S. production has continued climbing. The country's crude oil output hit a record 13 million bpd this month and will grow more than expected in 2019 and 2020, the U.S. Energy Information Administration said in a forecast issued on Wednesday.

However, rising U.S. output and competition from production in Brazil, Norway and Guyana next year has been squeezing profits for U.S. shale producers, which plan another spending freeze in 2020 and a slowdown in production growth.

U.S. energy firms this week reduced the number of oil rigs operating for a fourth week in a row, cutting 10 oil rigs in the week to Nov. 15, energy services firm Baker Hughes Co said on Friday. The total count is now 674, the lowest since April 2017.