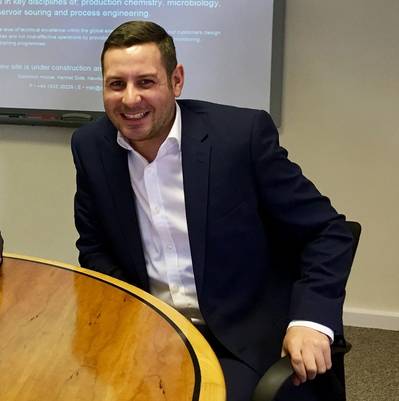 Oil Plus has secured contracts worth more than $1.5m over the past three months and has significantly expanded its footprint in the Middle East.

The company has also reported a strong start to the year with sales up by 285% compared to the last quarter of 2017. Due to the surge of new business, the Newbury-based company, which employs in excess of 30 people, plans to recruit another eight over the next 12 months.
The contracts will see Oil Plus deliver reservoir souring modelling, production chemistry and iron sulfide studies for several international oil companies in Saudi Arabia, Kuwait, Brazil, Thailand and Europe.
Oil Plus has gone from strength to strength under its new ownership and management team having achieved significant growth since it was acquired by Mark Cavanagh last year.
Since 1978, Oil Plus has worked with more than 250 upstream oil and gas companies in key disciplines of production chemistry, microbiology, specialised reservoir souring and process engineering.
Clarke Shepherd, global business development director at Oil Plus, commented: “The market has been looking strong during the first four months of 2018 and although trading is still tough, we are extremely confident about the year ahead.
“We have a robust pipeline of potential projects and plans are in place to expand into new international markets as well as concentrating on areas we have proven to be successful. Over the next 12 months, we’re targeting sustained and supported growth within our core business areas and looking to expand our engineering services.
“Over the past six months we have established a number of partnerships in the Middle East which will help to drive our business forward and promote the bespoke approach we take to solving complex production issues.”
Email