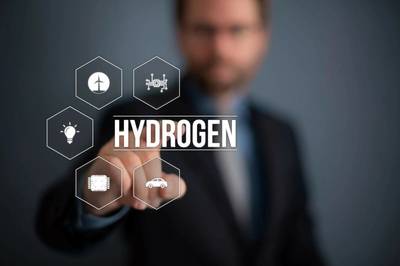 Two energy industry veterans plan to launch an investment fund focused on hydrogen this year as more and more governments include the niche fuel in their global warming battle plans.

Hydrogen has long-been touted as a potential clean fuel as it only emits water vapour but it has failed to gain traction, mainly because of historically high production, transportation and storage costs.

But with the European Union for one now looking to promote so-called green hydrogen to help reach net zero emissions, the sector is expected to attract hundreds of billions of dollars in investment in the coming decades.

The new fund, HydrogenOne Capital, is being launched by JJ Traynor, a former Royal Dutch Shell executive, and Richard Hulf, who has worked at Exxon Mobil and been an energy fund manager at Artemis.

"We've spoken to a lot of people in the market who are interested in the theme but find it very hard to get invested, so our idea is to get a very focused team to be dedicated to this," Traynor told Reuters.

The 250 million pound ($315 million) fund is due to be launched by the end of 2020, according to a presentation for investors seen by Reuters. The London-based fund would be the world's first hydrogen-dedicated investment fund, Traynor said.

Analysts at Barclays expect demand for hydrogen to grow eight-fold to 575 million tonnes per year by 2050 in a market worth more than $1 trillion.

Shares of hydrogen-focused companies such as Bloom Energy and Ceres Power have soared as interest in the sector grows and governments and large energy and industrial companies accelerate plans to invest in hydrogen.

Most of the hydrogen available today is dubbed "grey" as it is made from natural gas in a process that creates carbon emissions. It is also mainly used by polluting sectors such oil refining, steel and chemicals.

The new fund will prioritise investments in "green" hydrogen, which is produced by electrolysis using renewable energy sources such as wind, solar and hydro, according to the prospectus.

However, it will consider investments in grey and "blue" hydrogen - made using gas but capturing and storing carbon emissions - as economies make the transition to cleaner fuels.

While HydrogenOne Capital will buy shares in listed companies, Traynor said the best value would come from investing in specific projects and private assets.

"Clean hydrogen is gaining strong political and business momentum," Goldman Sachs said in a report this month. "This is why we believe that the hydrogen value chain deserves serious focus after three false starts in the past 50 years." ($1 = 0.7947 pounds)