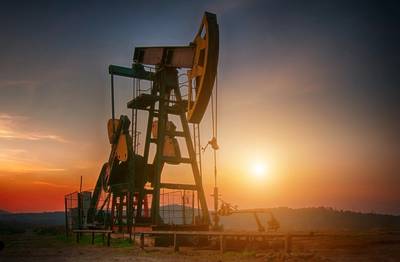 Oil prices hit a 3-1/2-year high on Tuesday, supported by tight supply and planned U.S. sanctions against Iran that are likely to restrict crude oil exports from one of the biggest producers in the Middle East.

World oil prices have surged by more than 70 percent over the last year as demand has risen sharply but production has been restricted by the Organization of the Petroleum Exporting Countries, led by Saudi Arabia, and other producers including Russia.

Now the United States has announced it will impose sanctions on Iran over its nuclear programme, raising fears that markets will face shortages later this year when trade restrictions come into effect.

Norbert Rücker, head of macro and commodity research at private bank Julius Baer, said that at the top of everyone's mind was "the potential impact on Iranian oil exports and thus the risk of another meaningful supply disruption".

In China, the world's biggest oil importer, refinery runs rose nearly 12 percent in April compared with a year earlier, to around 12.06 million barrels per day (bpd), marking the second-highest level on record on a daily basis, data showed.

The tightening market has all but eliminated a global supply overhang which depressed crude prices between late 2014 and early 2017.

U.S. crude is trading at a hefty discount to Brent, the international marker, thanks to sharp rises in U.S. production to 10.7 million bpd, which has left the American domestic oil market well supplied.

U.S. shale oil production is expected to rise by about 145,000 bpd to a record 7.18 million bpd in June, the U.S. Energy Information Administration said on Monday.

The Permian basin in Texas, the biggest U.S. oil patch, is expected to see output climb 78,000 bpd to a fresh record of 3.28 million bpd.

By Christopher Johnson, Additional reporting by Henning Gloystein in Singapore