Oil Dips as US Adds Rigs for 17th Straight Week 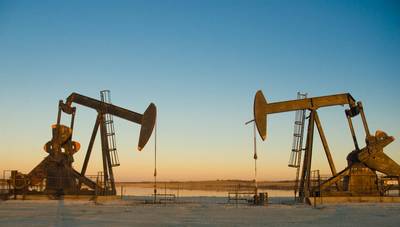 Oil prices fell slightly on Friday as evidence that U.S. production was still rising overshadowed hopes that the global crude glut would diminish on expected production cut extensions from OPEC and other producing countries.
U.S. drillers added oil rigs for the 17th week in a row, according to data from Baker Hughes on Friday. Horizontal rigs, the type most often used to extract oil or gas from shale, rose by 8 to 742. Oil rigs rose by 9 to 712.
Benchmark Brent crude slipped 8 cents to $50.69 barrel at 1:15 p.m.(1815 GMT) U.S. light crude was down 16 cents at $47.67.
On Thursday, oil prices rallied as a larger-than-expected weekly draw in U.S. crude inventories of 5.3 million barrels suggested that output cuts by OPEC and other producers were helping reduce a global glut in crude, analysts said.
A day later, "we're seeing a pullback in price," said Andrew Lipow, president of Lipow Oil Associates in Houston.
"The market overall is trying to balance OPEC and non-OPEC production cuts with increasing production all over the world as they reduce their costs and improve their efficiency."
U.S. crude production <C-OUT-T-EIA> has risen more than 10 percent since mid-2016 to more than 9.3 million bpd, close to the levels of top producers Russia and Saudi Arabia.
Norwegian consultancy Rystad Energy said U.S. output had gained "significant momentum."
U.S. output, excluding Alaska, would expand by 390,000 bpd from May 2017 to December 2017, assuming a U.S. light crude price of $50, they said.
Lipow said the market was also "slowly taking note" of increased production in Canada.
OPEC and other producers meet on May 25 to decide whether to extend the output cuts they agreed to last November. Saudi Arabia, OPEC's de facto leader, has said it expects an extension to the end of 2017 or possibly beyond.
Commerzbank said in a note it was skeptical about OPEC's ability to support prices in the long term.
"Owing to the rapid recovery in U.S. oil production, OPEC obviously only has limited influence on prices via supply curbs," it said.
Rob Haworth, senior investment strategist at U.S. Bank Wealth Management, said the market is not just looking at U.S. production figures and U.S. inventory data.
"I think we need to see more normal inventory data across the world. It would be nice to see it get inside a five year range at the very least,” he said.