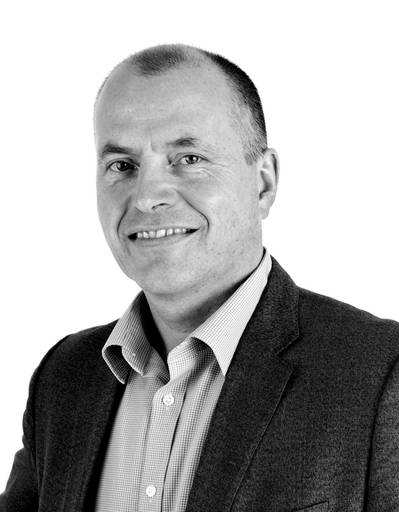 Spike Exploration has, over the last winter, participated in four exploration and appraisal wells, all of which have encountered oil and gas. The Pil discovery and surrounding prospects are the most promising, whilst the other discoveries and licenses have also added value to Spike’s portfolio.

Pil in PL586 on the NCS
The Pil well 6406/12-3S is located in PL586 offshore Mid-Norway, where Spike holds a 30% working interest, recently encountered a gross 226m hydrocarbon-bearing reservoir section with approximately 135m of oil and 91m of gas in mid-late Jurassic sandstones with very good reservoir properties.

An extensive data acquisition program has been carried out in the well, including a successful production test. The production rate was approx. 6700 barrels of oil equivalent through a 56/64 inch choke. The test showed good flow properties and the gas/oil ratio was 853 scf/stb. Preliminary estimates place the size of the discovery at between 50 and 170 million barrels of oil equivalents, mainly light oil. A down dip sidetrack operation to prove up the lateral extent of the Pil reservoir has now started. This will be followed by an additional side track to assess the resource potential of the neighbouring Bue target.

Considerable additional volumetric potential exists within the licence and the operator has already started the planning for a new exploration well in PL586 in 2015.

The discovery is located within tie-back distance (33km) of the Njord field. PL586 is operated by VNG Norge AS (30%) with partners Spike Exploration Holding AS (30%), Faroe Petroleum Norge AS (25%) and Rocksource Exploration Norway AS (15%).

Cairngorm in P.1892/1214 on the UKCS
Cairngorm appraisal well 16/3d-16z, located in licence P1892 in the UK North Sea, is in the process of being suspended, having encountered the expected fractured granite basement reservoir target. Spike holds a 30% working interest in the license. Current analysis of data obtained suggests relatively good porosity development for comparative reservoirs, with indications of moveable hydrocarbons over approximately 53m. Combined with the results of vintage well 16/3a-11z located to the north-west and available seismic data, early suggestions are that the Cairngorm structure may have a total hydrocarbon column of approximately 243m.

Well 16/3d-16z will be suspended with the intention for the group to return to the location at a subsequent date, with an appropriate rig and equipment to carry out a production test. The further assessment of well results will continue in the intervening period.

The Cairngorm discovery is located 5km to the north west of the East Brae field in the Viking Graben. The well was operated by Enquest Heather Limited (45%) with partners Spike Exploration UK Ltd (30%) and Kufpec UK LTD (25%).
Solberg in PL475 on the NCS

The Rodriguez and Solberg gas and condensate discoveries have been made in channel systems which are likely to extend across several licences and northwards into the PL590 in which Spike also holds a 10% interest.
PL475 is operated by Wintershall Norge AS (35%) with partners Spike Exploration Holding AS (10%), Faroe Petroleum Norge AS (20%), Centrica Resources (Norge) AS (20%) and Moeco Oil & Gas Norge AS (15%).

Novus in PL645 on the NCS
The Novus-well 6507/10-2S in PL645, also offshore Mid-Norway, has been completed. Spike holds a 15% interest in the license. A 12.5m oil column and a 12m gas column were encountered in the Middle Jurassic Garn formation, with thicker reservoir rocks and better reservoir quality than expected. Preliminary estimation of the size of the discovery is between 6 and 16 million barrels of recoverable oil equivalent. The well result will be used to refine the geological model and de-risk additional prospects and leads in the licence for potential future drilling. The discovery is located some 9km to the south of the Heidrun oil field.

CEO of Spike Exploration, Bjørn Inge Tønnessen commented: “We in Spike are very pleased to see that our exploration efforts are showing positive results – the team has worked hard and dedicated to achieve this. The Pil-discovery is excellent with an exciting upside - we are very much looking forward to exploring the full potential of that license. Further, Spike has built a significant licence portfolio on the Norwegian Continental Shelf. In addition to the significant resources discovered in the last four wells, two more firm wells within substantial potential are due to spud within the next 4 months. Spike’s dedicated search for oil and gas on the Norwegian Continental Shelf will continue in the years to come”.