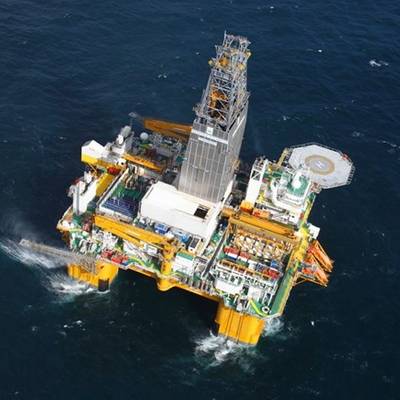 Offshore rig firm Odfjell Drilling plans to expand its floating rig fleet to between six and 10 from four now, it said on Friday, the latest sign of recovery in the energy industry.

After cuts in exploration spending following an oil price plunge that began in 2014, energy firms are now hiring rigs as crude prices have recovered some ground.

"Financially it's a very attractive deal, which should give us a return of 12 to 20 percent over the next six years," Akastor (AKA.OL) Chief Financial Officer Leif Borge told Reuters, adding that his firm wanted closer ties with Odfjell.

In total, Odfjell plans to raise $618 million, including $325 million in secured bank debt, to pay for the rig, upgrades, project supervision and working capital.

Odfjell told investors it was talking with yards for pricing potential newbuilds for further fleet expansion to compete with companies such as Transocean (RIG) or Seadrill (SDRL).

The North Sea has seen the biggest increase in demand for harsh-environment floating rigs, with utilization rates rising to more than 90 percent in 2018, Odfjell's presentation to investors showed.

Historically, utilization rates at 85 percent or above were needed for drillers to demand higher prices from oil companies.

To finance its new rig, Odfjell issued 38 million new shares on Thursday at 36 Norwegian crowns ($4.61). The company also said it planned to offer 4.3 million shares at the same price to other shareholders to reach the initial target of 1.56 billion crowns.