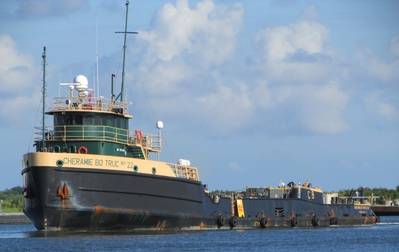 The Cheramie Bo Truc No 22 before the Nov. 14, 2019, collision with the Mariya Moran/Texas. Source: shipspotting.com

The National Transportation Safety Board found that the erratic steering of a supply vessel led to a 2019 collision resulting in more than 6,000 gallons of diesel oil being dumped into the Sabine Pass, a busy waterway between Texas and Louisiana.

The NTSB said the probable cause of the collision was the Cheramie Bo Truc No 22 turning into the path of the Mariya Moran/Texas. Damages from the collision exceeded $1.8 million, and the waterway was closed for a time for the diesel oil spill cleanup.

During the accident sequence, the on-watch AB and engineer expressed concern to the mate of the Cheramie Bo Truc No 22 regarding his erratic steering. The mate ignored them, yet neither the on-watch AB nor the engineer notified the captain.

A post-collision alcohol test administered by the captain indicated the mate had drank recently but did not demonstrate conclusively that the mate was impaired by alcohol.

Contributing to the collision was a lack of early communication from both vessels.

“Safe and effective navigation is not one person’s job,’’ the NTSB’s report said. “Bridge resource management includes the concept of teamwork, which is an essential defense against human error. A good team should anticipate dangerous situations and recognize the development of an error chain. If in doubt, team members should speak up or notify a higher authority. Vessel operators should train their crews on and enforce their safety policies.” 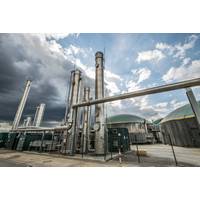