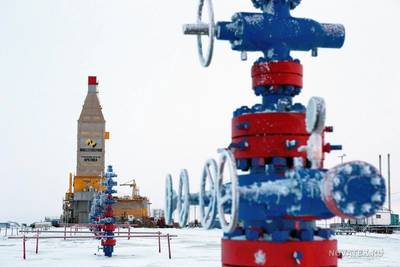 Russia's Novatek (NVTK.ME) has provisionally set Dec. 8 as the official launch date for its Yamal LNG plant, two sources with direct knowledge of the event planning told Reuters.
Novatek's partners on the project are France's Total, the China National Petroleum Corp (CNPC) and China's Silk Road Fund. The project, on the Yamal Peninsula above the Arctic Circle, will be Russia's second LNG plant after Sakhalin-2 on the Pacific island of Sakhalin.
At full capacity, the Yamal facility will be able to produce 16.5 million tonnes of liquefied natural gas (LNGLF) a year, which it will ship to Europe and Asia. It is being built in three phases.
One of the sources received an invitation for a Dec. 8 opening of phase 1 and an industry source confirmed the date but both said the date may change, depending on the schedule of high-ranking officials expected at the event.
A Novatek spokesman said he could not confirm Dec. 8 as the launch date. The company has said that it aimed to open the plant before the end of this year.