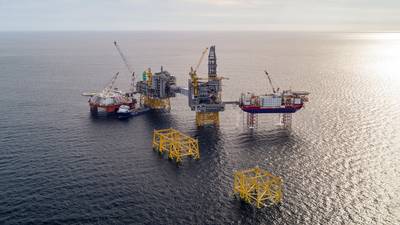 Cost cuts were high on oil firms' agenda following a sharp fall in crude prices in 2014, making it possible to develop discoveries that had previously been considered too expensive, including Equinor's Arctic Johan Castberg field.

Oil prices have partly recovered however, and cost inflation has thus returned.

"The positive trend of reduction in production costs have reversed and costs increased in 2018," Petoro, which manages the Norwegian government's stakes in offshore licenses, said in its annual report.

Petoro is not itself an operator, but is a partner in a large number of licenses, including fields operated by Norway's largest oil and gas firm Equinor.