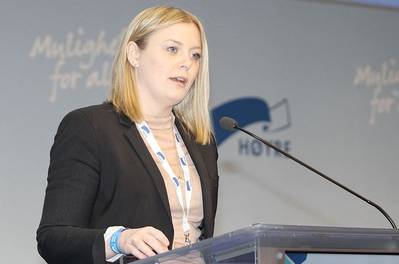 If confirmed, 33-year-old Bru will oversee western Europe's largest petroleum industry, which is expected to see sharp growth in crude oil output in the next several years.

The right-wing Progress Party resigned from the government on Monday over a cabinet decision to help bring a woman suspected of Islamic State affiliation back to Norway, opening up several cabinet jobs.

In 2018, Bru, who sits on parliament's energy and environment committee, convinced the ruling Conservatives to allow the country's $1.1 trillion sovereign wealth fund to invest in unlisted renewables projects such as solar parks and wind farms.

"It will contribute towards a shift to a low-carbon society, which must happen globally if we are to achieve climate targets," she told Reuters at the time.

Bru represents the Rogaland county in parliament, home to much of Norway's oil and gas industry, including state-controlled Equinor.